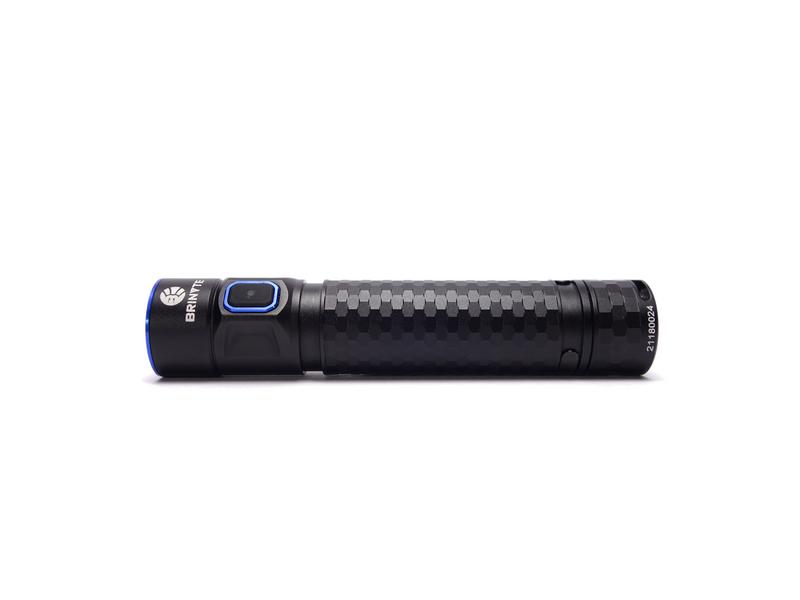 This review was originally published on 1lumen.com.

Brinyte has branched out and entered the world of EDC flashlights by releasing the elegant and stylish E18 Pheme. The company has been around since 2006. They are known for their tactical and hunting flashlights.

I am curious to see what influence Brinyte’s experience with hunting flashlights will have on their new EDC range.

The flashlight came in a plain cardboard box with thick layers of foam to protect the contents. 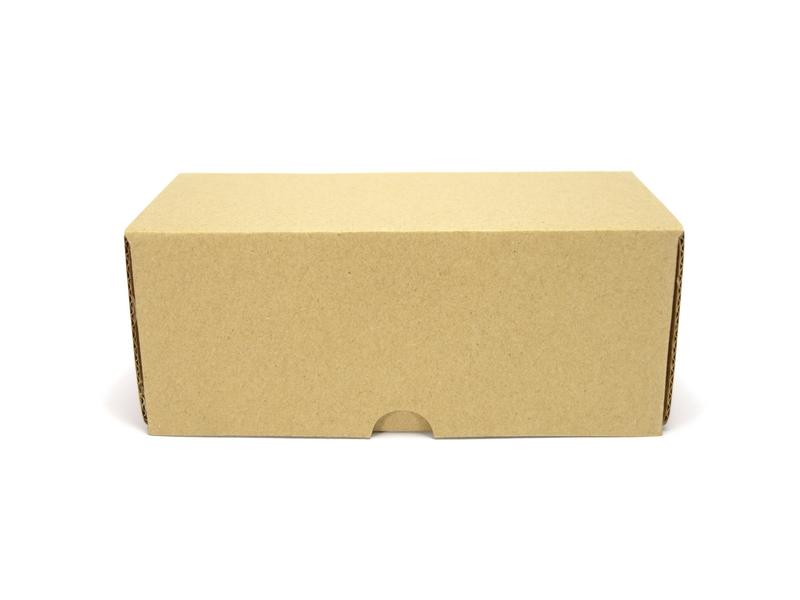 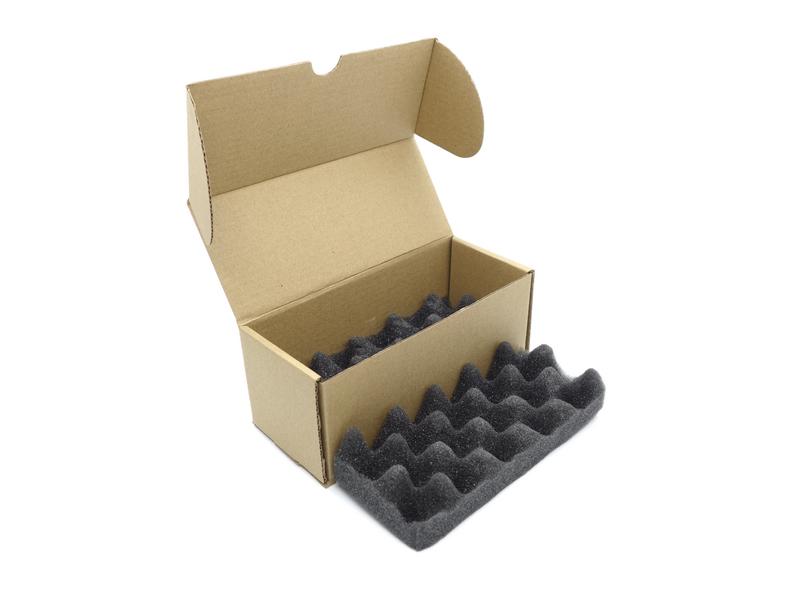 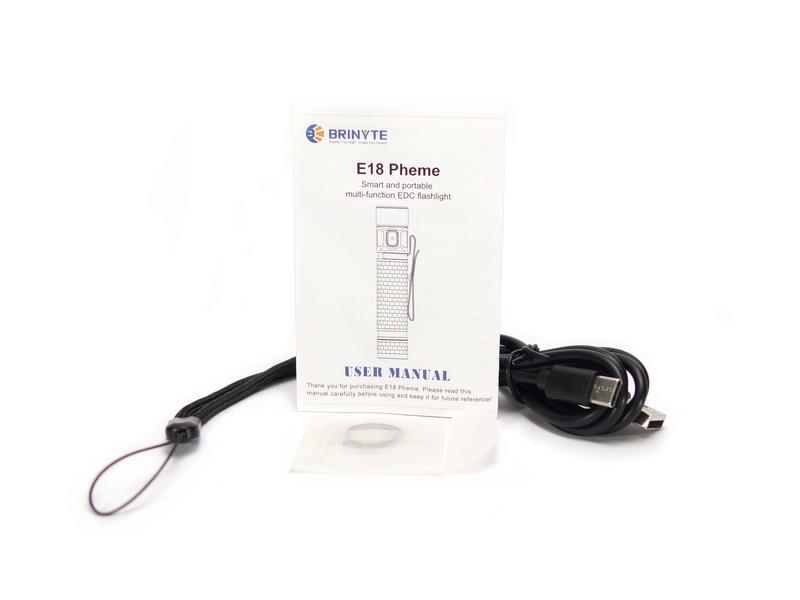 The E18 Pheme feels lightweight and slender. There are no sharp edges. It easily fits in my pocket and it has not accidentally turned on in my pocket after using it for a few weeks. 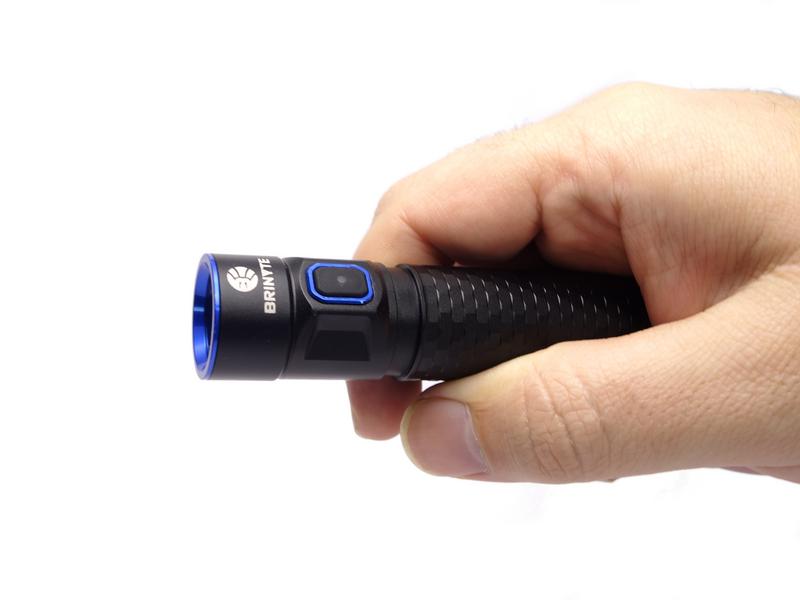 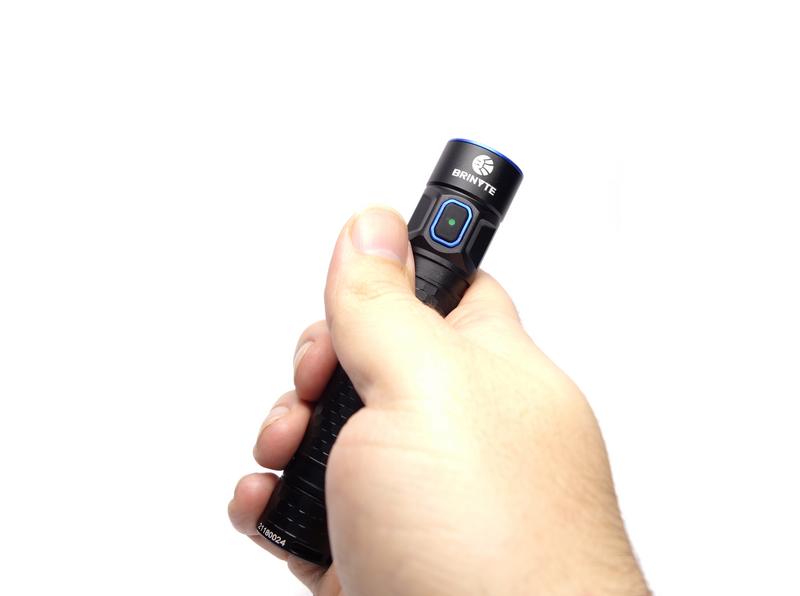 I like how the raised bezel and switch accentuate the location of the switch and help prevent the E18 Pheme from rolling on a surface. I can feel for the bump in the dark to identify where the button is.

It is comfortable to hold the E18 Pheme with the tailcap pressed against the palm of my hand. A modern design has been used for the lanyard hole where the hole is hidden away in the side of the tailcap with no protruding sharp edges.

The tailcap is flat and the flashlight is easy to tailstand. A lanyard will not get in the way of tailstanding due to the hole being on the side.

The magnet in the tailcap is barely strong enough for the flashlight to be mounted to the side of my fridge (it slipped a few times).

The two-way pocket clip is reversible for deep carrying and it feels secure.

Polygonal knurling on the tube and tailcap give the E18 Pheme an elegant and stylish look while adding grip.

The body is made of aluminium and it has a matt black finish. Deep blue bezels give the E18 Pheme some character as a Brinyte branded flashlight.

Threads for the tailcap are very smooth. They are square cut, anodized and well lubricated. The anodized threads allow the E18 Pheme to be mechanically locked out by unscrewing the tailcap slightly.

An unprotected flat top 18650 battery might rattle from side to side while shaking the flashlight with considerable force but I did not manage to disconnect the power.

The charging port cover is a bit difficult to put back in. 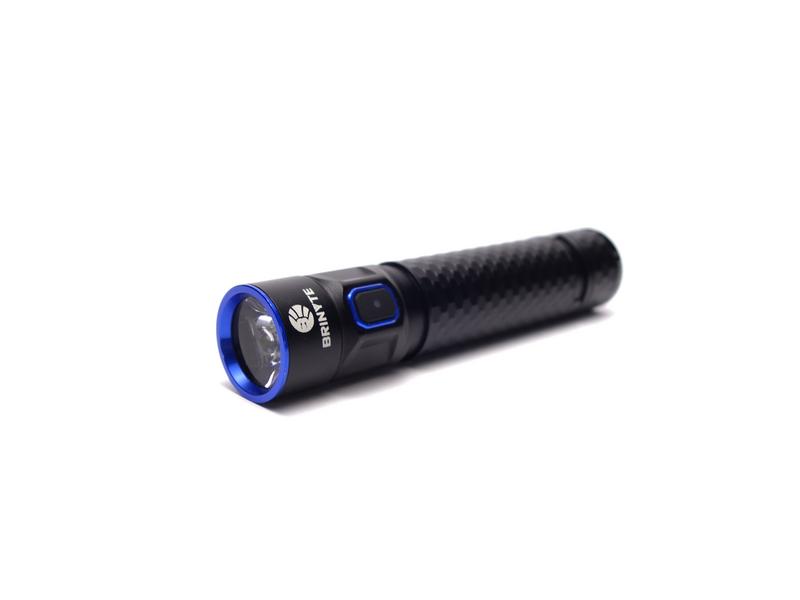 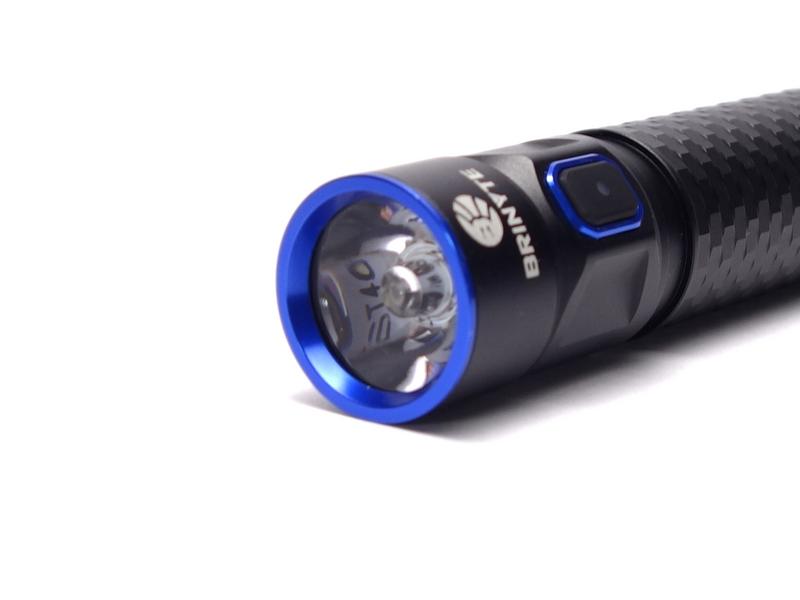 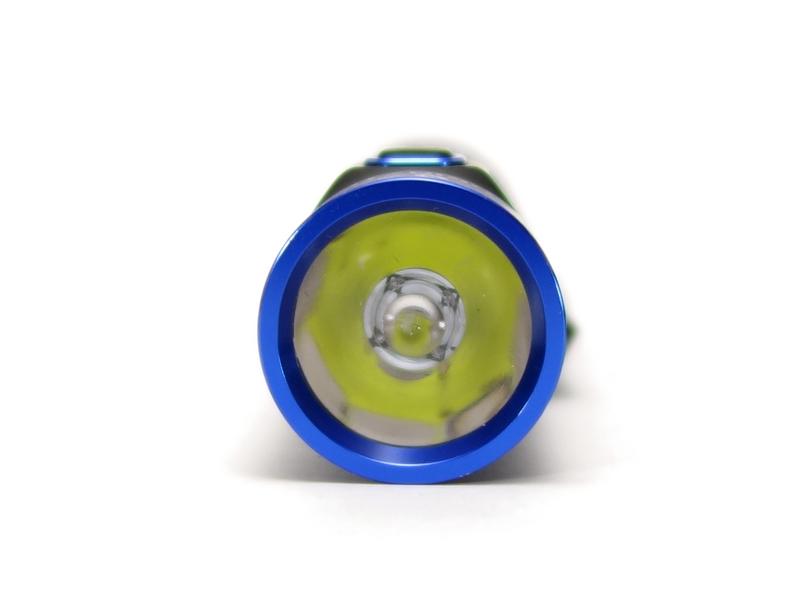 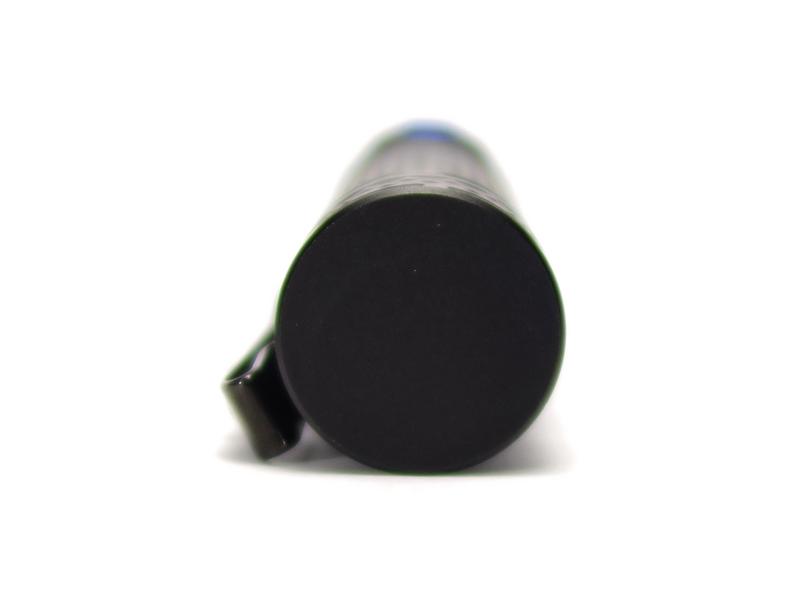 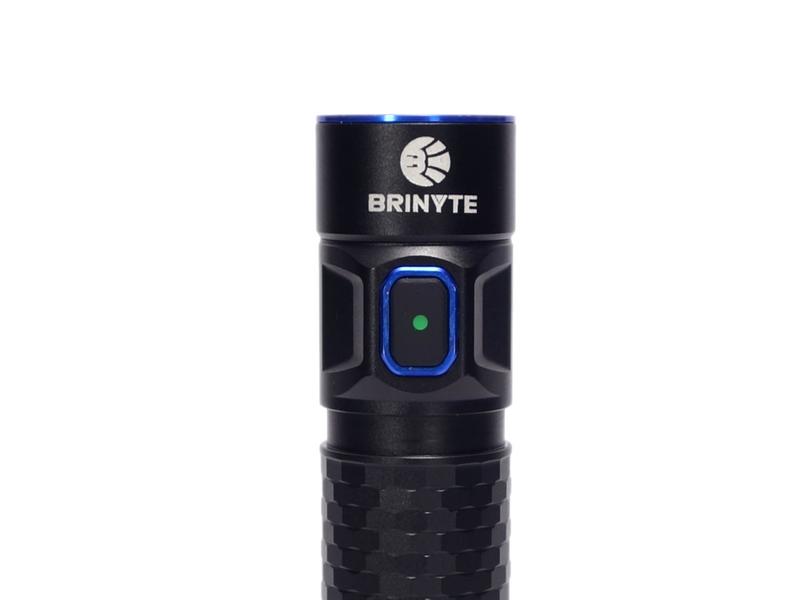 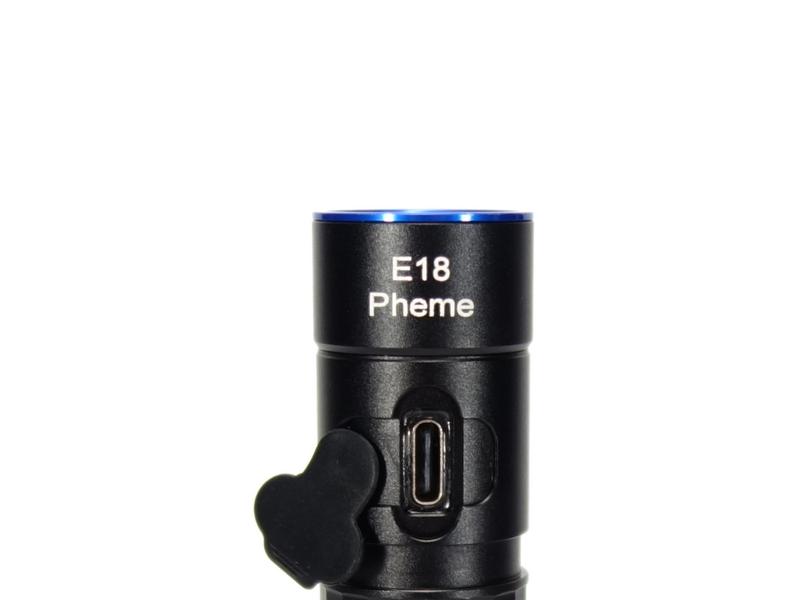 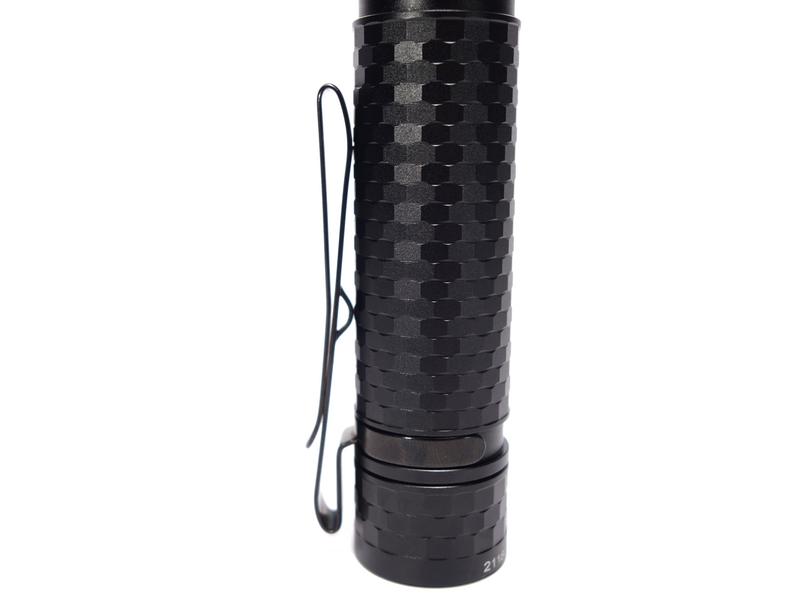 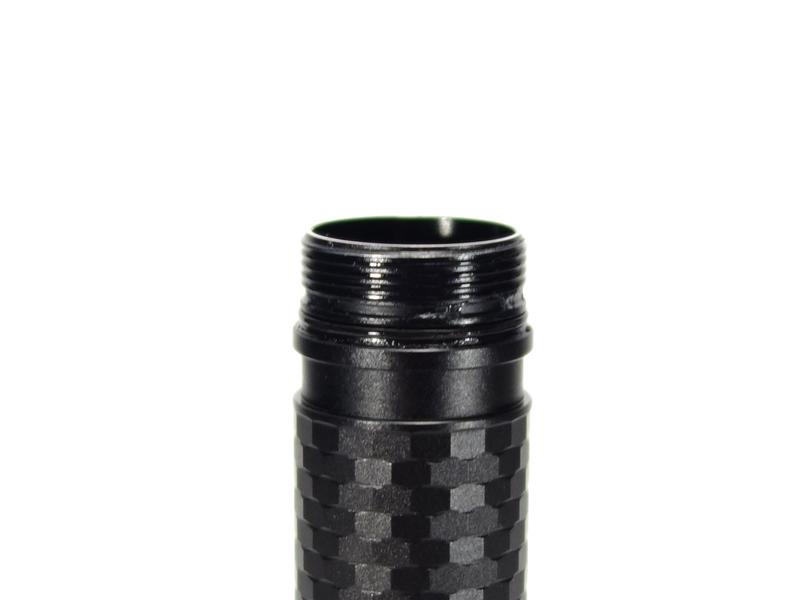 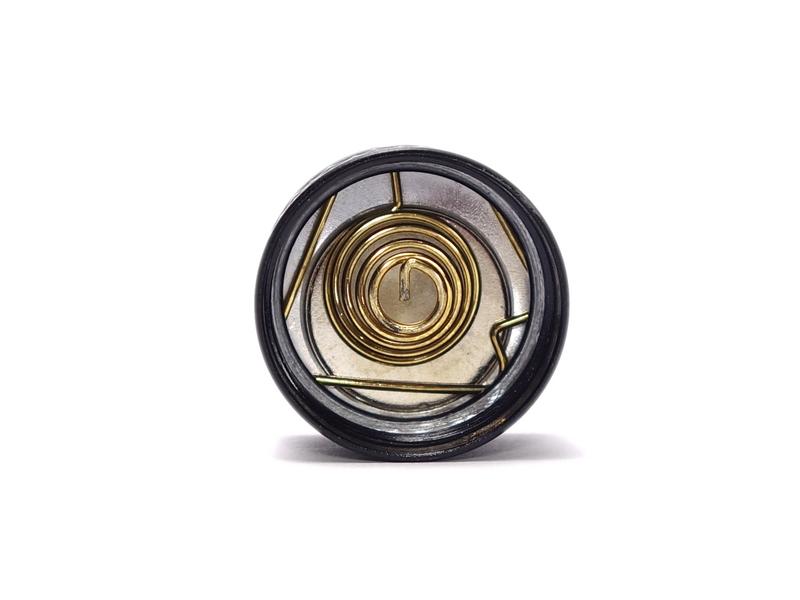 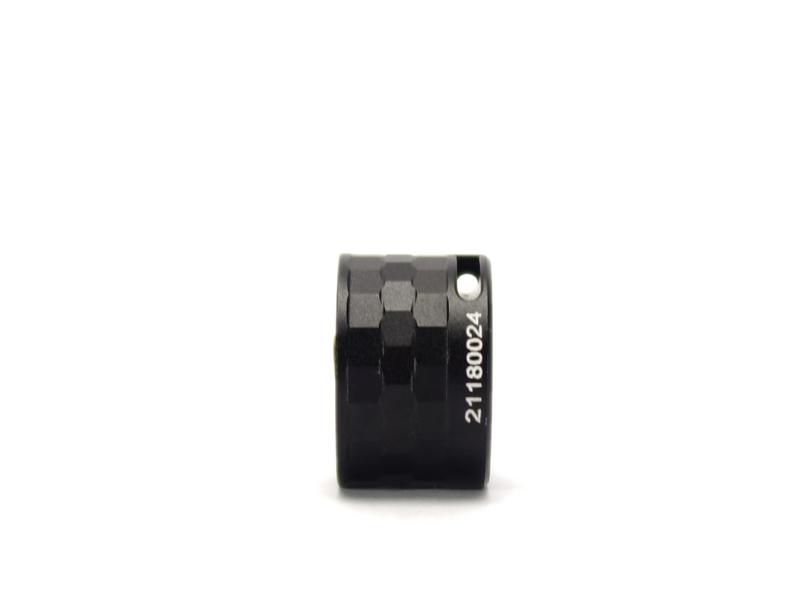 Brinyte has selected the popular Luminus SST40 emitter and combined it with a TIR optic for throw.

A blue aluminium bezel appears to be press fit and it is holding a TIR optic in place. The head, with the TIR optic, can be unscrewed easily to reveal the emitter and MCPCB.

The beam is green on lower modes and neutral on Turbo. There is a hint of blue and green around the outer edge. And the TIR optic produces a flowery pattern.

EDC size comparison with its competition⌗

The Brinyte 18 Pheme is slimmer and shorter than a Convoy S2+, and it has built-in USB-C charging. 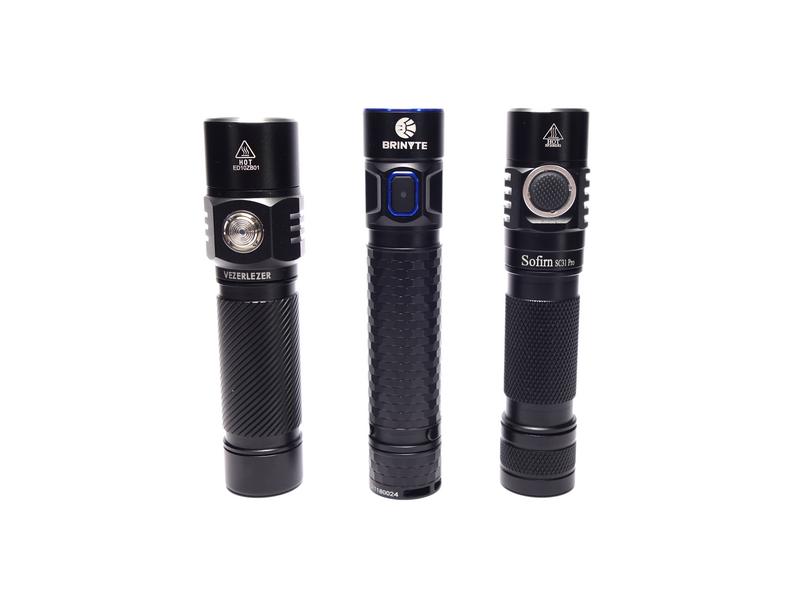 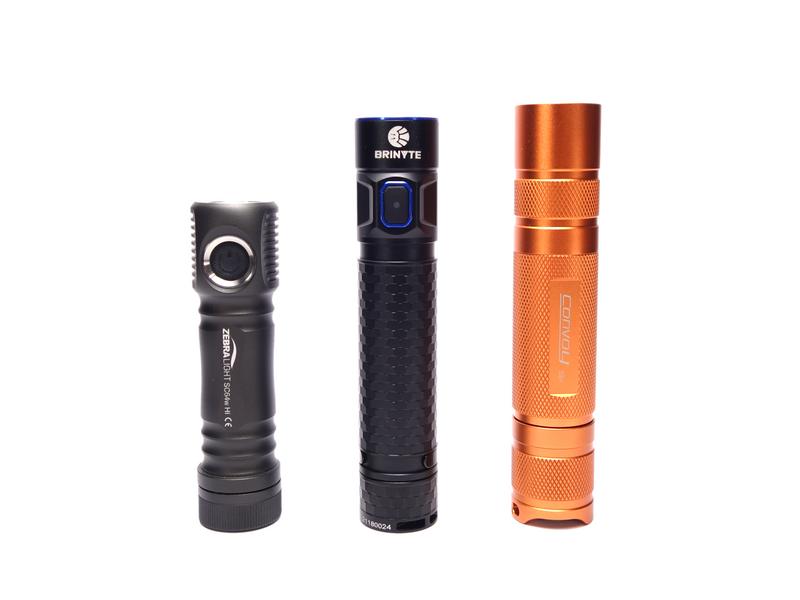 The E18 has a simple user interface where you can cycle between Moon, Low, Mid, High and Turbo by holding the button.

The switch has a power indicator LED that turns green or red when the flashlight is on.

It looks like there is a bit of visible PWM on High and Turbo.

A button top Brinyte 18650 3000mAh cell was included inside the E18. The cell arrived with a voltage of 3.88V, and it was isolated with a piece of plastic to avoid parasitic drain.

A capacity of 3036mAh was measured using Capacity Test mode at 500mA with a Vapcell S4 Plus. 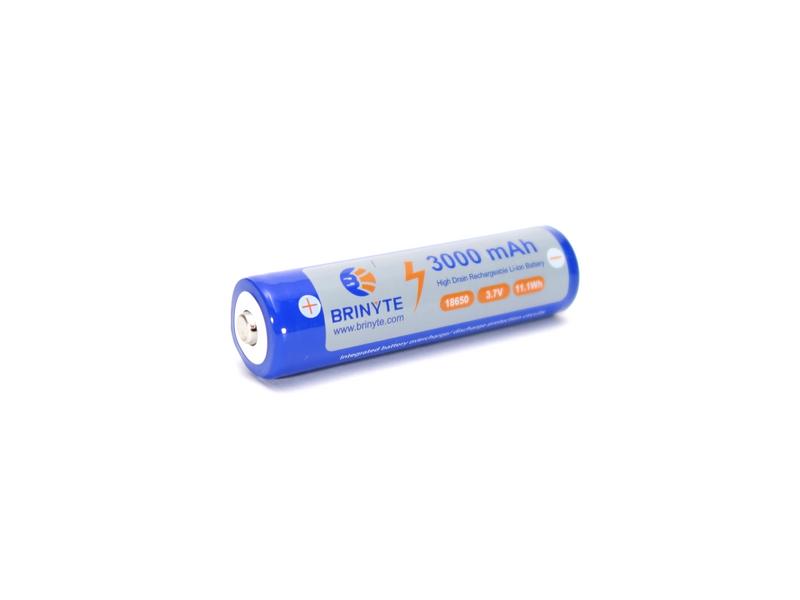 I discharged the cell to 2.86V and then charged it in the E18 Pheme.

The cell charged at 1A for 4 hours 36 minutes. The current dropped gradually over the last 3 hours and charging ended at 4.17V.

A capacity of 3019Ah was measured using the UM25C.

USB-A to USB-C works.
USB-C to USB-C does not work.

I tried to charge the Brinyte E18 Pheme using the following power supplies:

Official specifications from the manual:

To take lumen measure, I built a lumen tube and forked bmengineer’s project RuTiTe to add support for a VEML7700 light sensor and MCP9808 temperature sensor with help from Owen. Calibration lights from maukka were used.

To measure the current, I used a UNI-T UT139C at the tailcap. 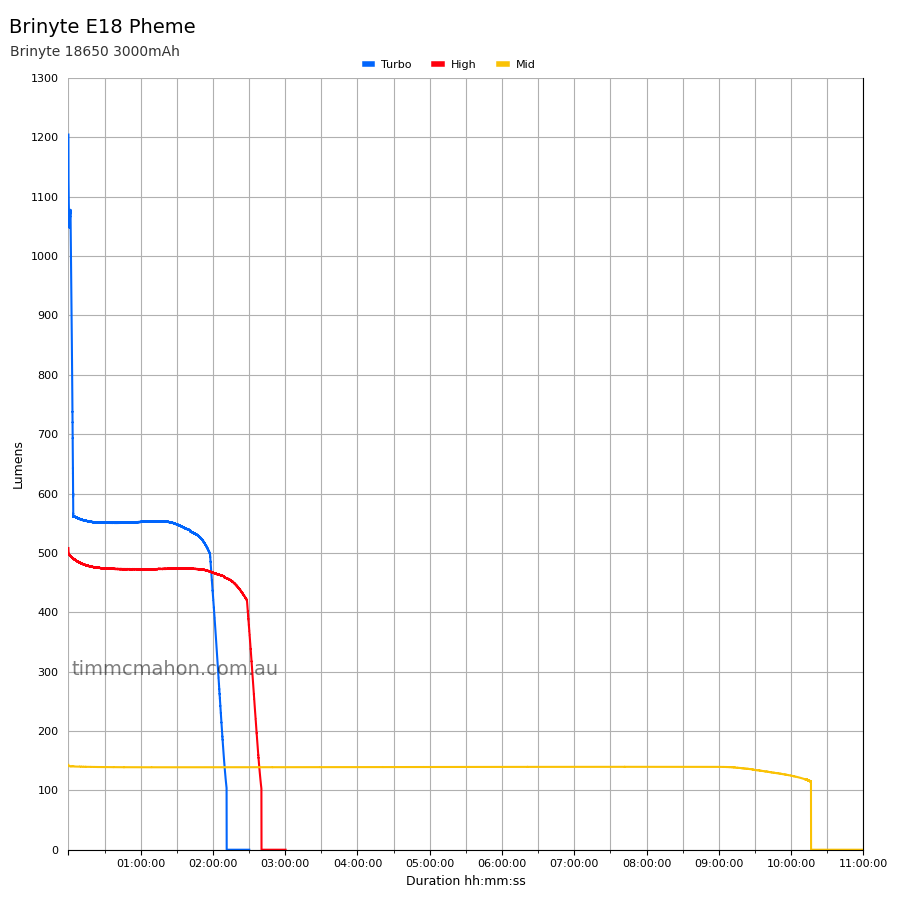 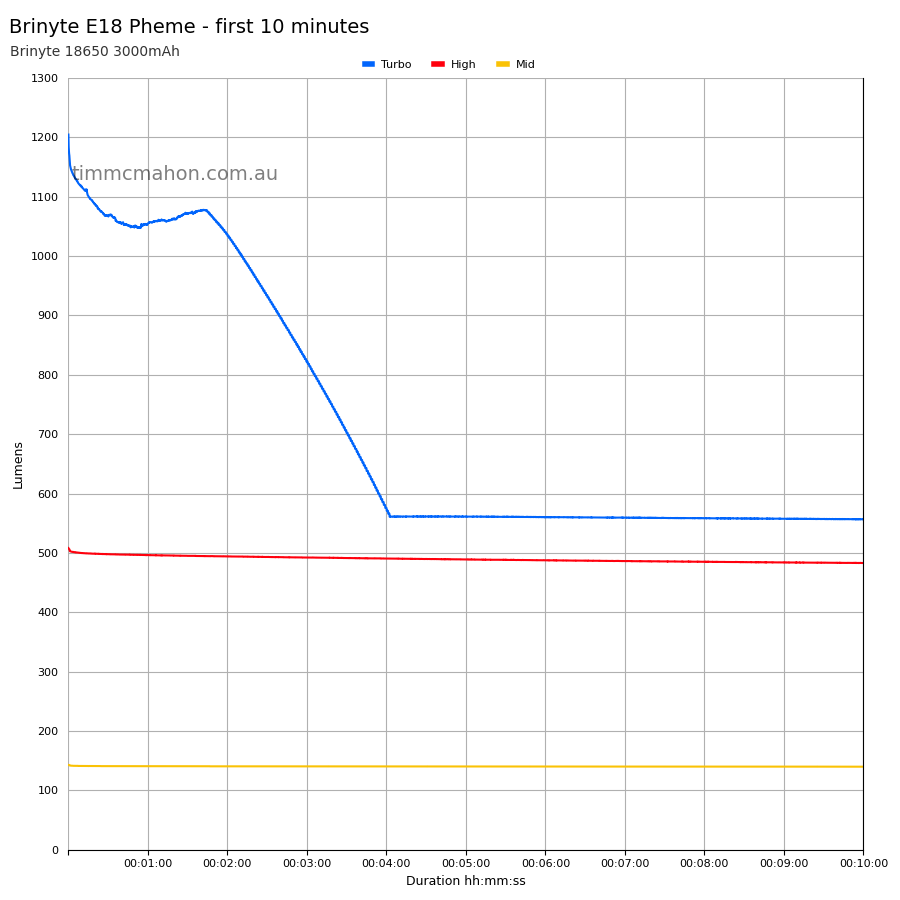 I like how Brinyte have included a breakdown of the output and duration of Turbo in their specifications (i.e. 1200 lumens for 2 minutes and then 550 lumens for 110 minutes). Their estimates line up with the Turbo runtime test that I performed. 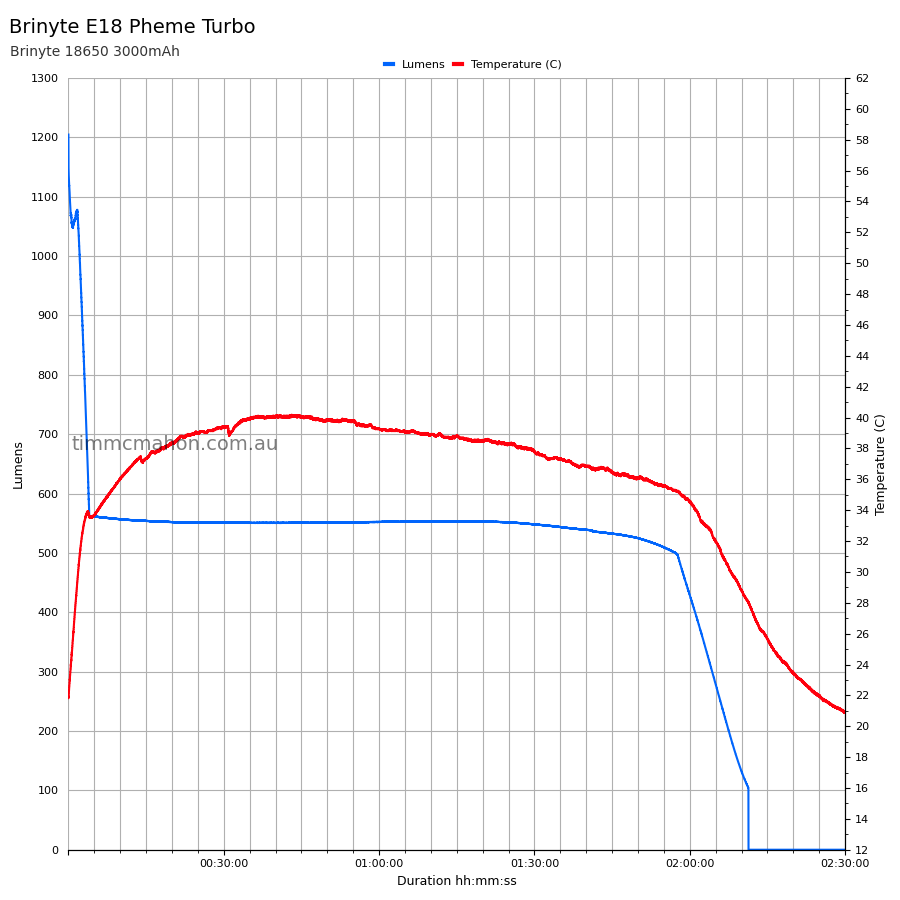 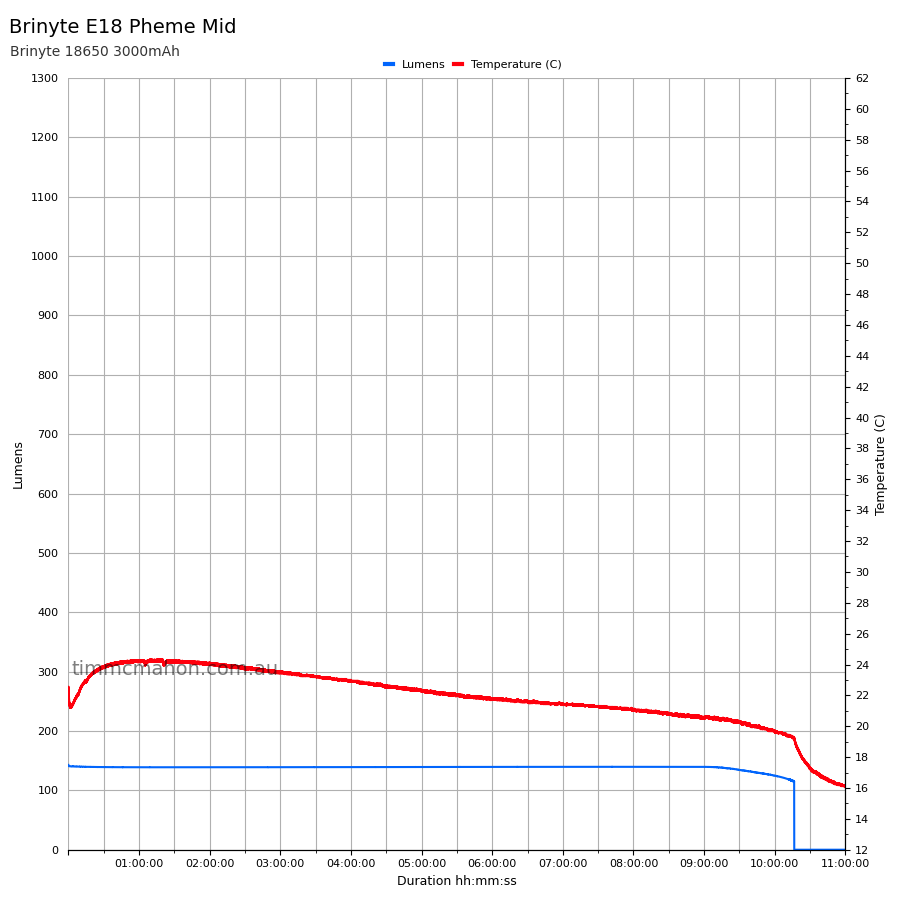 Low and Moon were tested for 10 minutes. I stopped those runtime tests because they are estimated to last for days.

I took lux measurements with a UNI-T UT383BT. Moon was measured at two metres and Low, Mid, High and Turbo were measured at five metres.

Brinyte has only mentioned throw figures for Turbo.

The candela measured was slightly higher than expected.

I went to a local park and aimed the Brinyte E18 Pheme at a tree 70 metres away while using Turbo.

A small tree 15 metres away clearly lit up and a larger tree 70 metres away partially lit up. The beam was slightly narrow with a smooth and practical hotspot due to the TIR optic.

I have taken comparison shots with two other EDC flashlights that also have a Luminus SST40 emitter (Olight Warrior Mini 2 and VezerLezer ED10). These each have a reflector instead of a TIR optic and the spill is much wider. 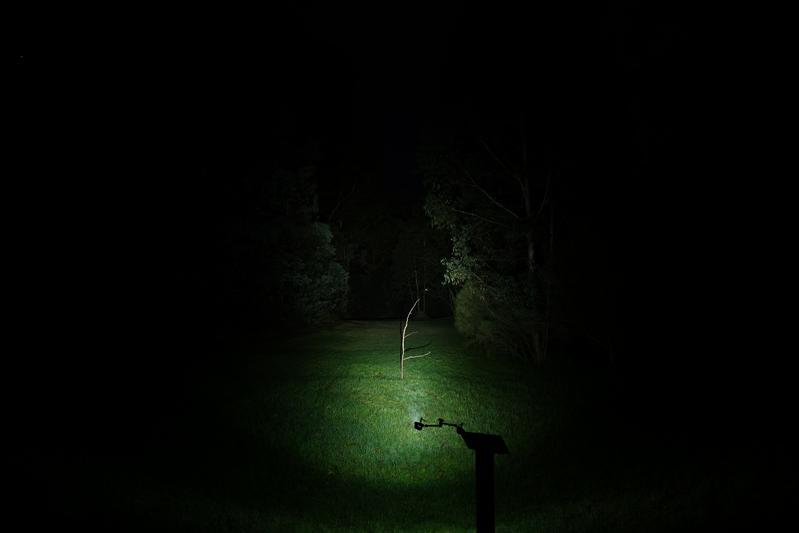 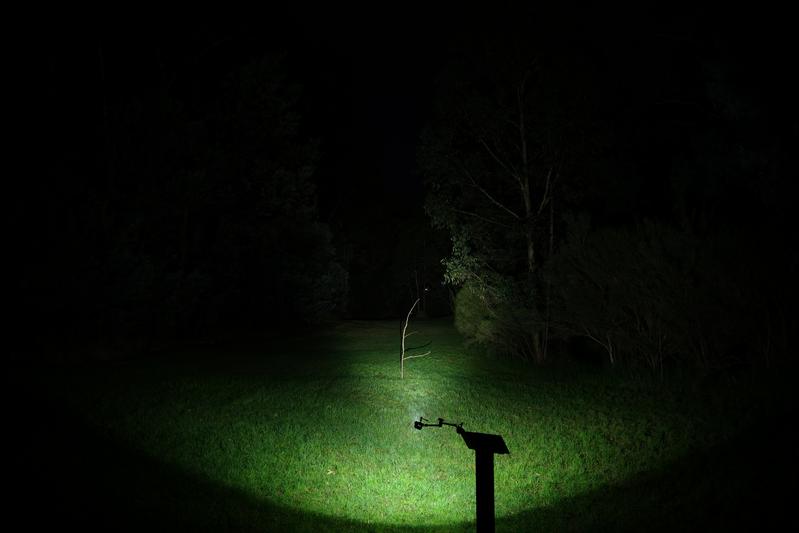 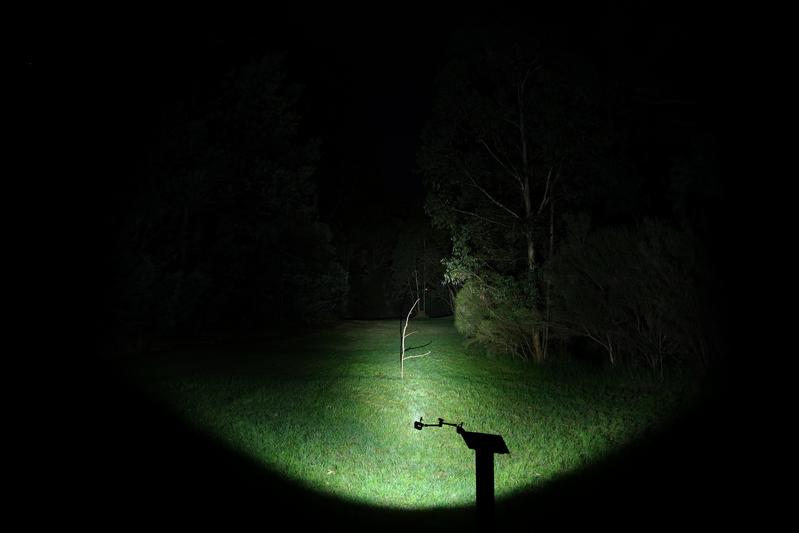 The Brinyte E18 Pheme is an ideal torch to give as a gift to friends and family. It looks slim and stylish. The user interface is simple. And it comes with built-in charging. I would like it more if it supported USB-C to USB-C charging.