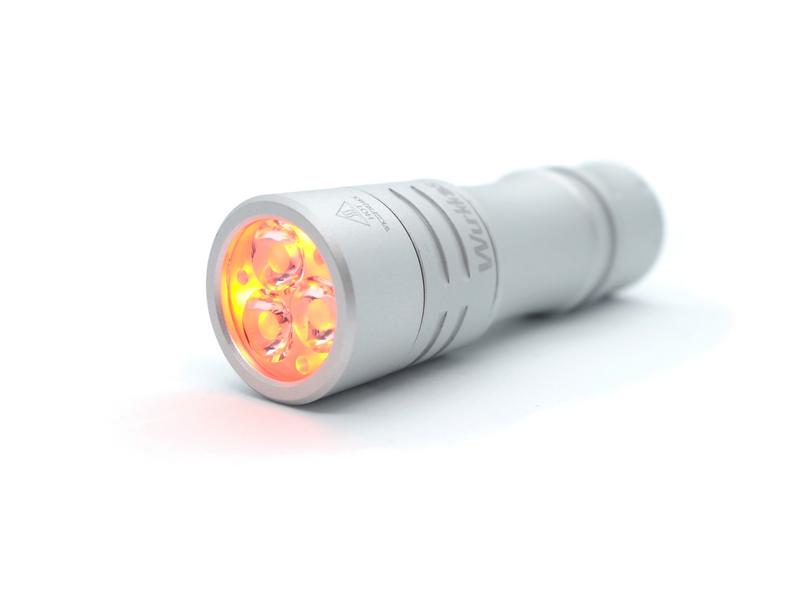 The Wurkkos TS10 is a good example of a 14500 triple emitter torch that has been designed with feedback from the torch enthusiast community.

Wurkkos posted a thread called “Wurkkos WK10 Triple mini light discusion” on BLF where they asked the community for feedback:

Wurkkos went with option three and then asked the community to vote for their favourite single aux LED colour.

I have been eagerly awaiting the launch of the Wurkkos TS10 despite already having a Lumintop FWAA.

The TS10 came in a white and orange Wurkkos branded retail box with a plastic tray. 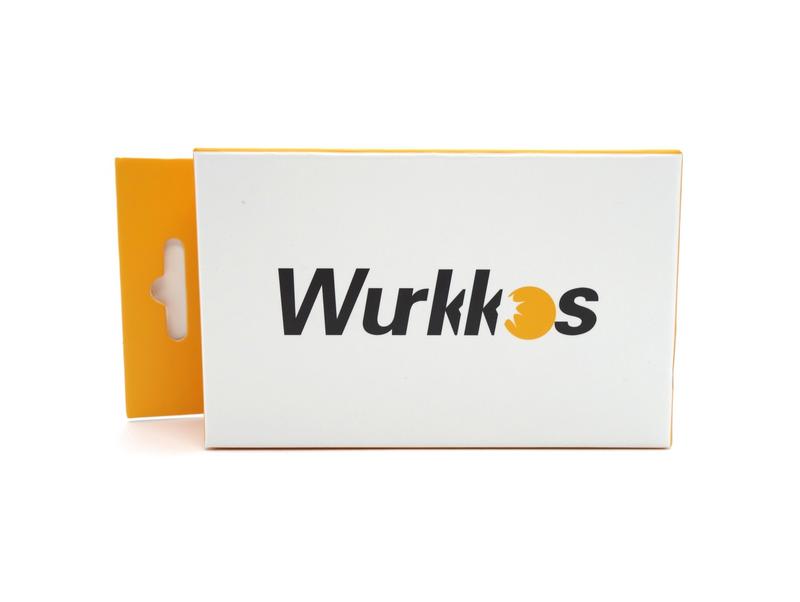 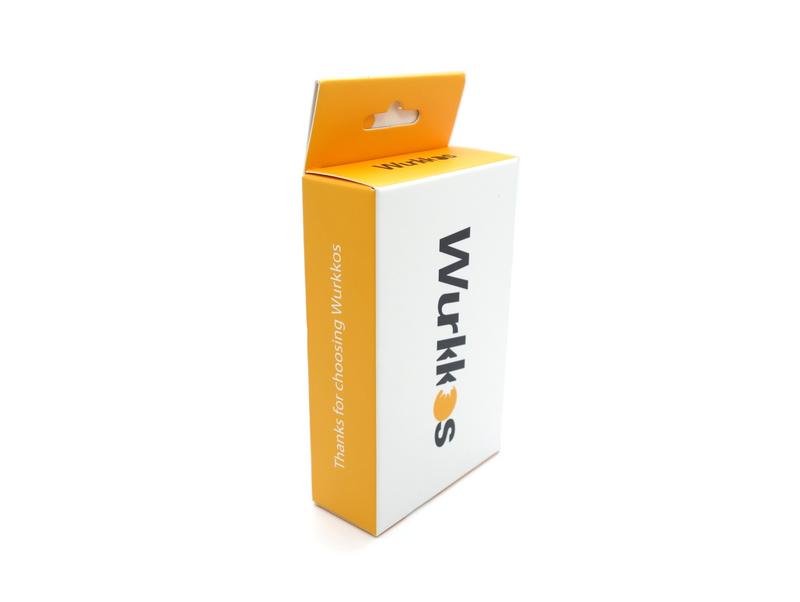 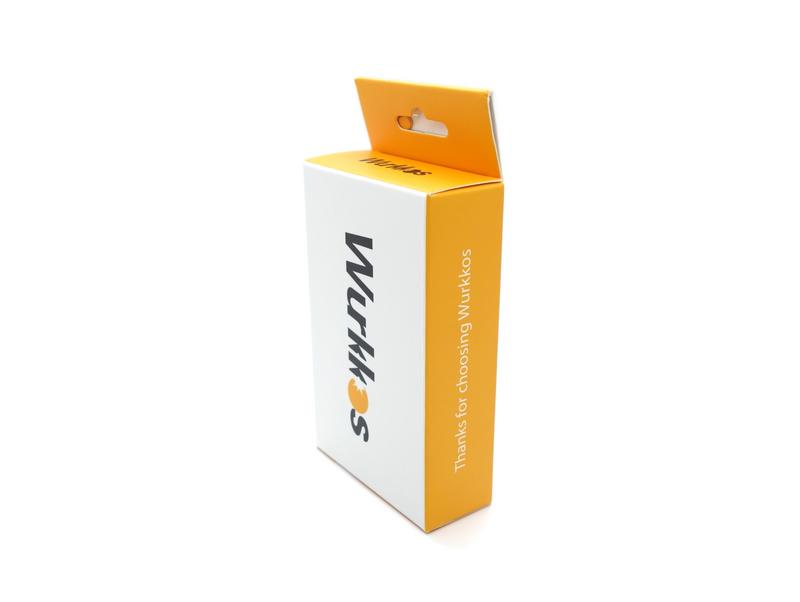 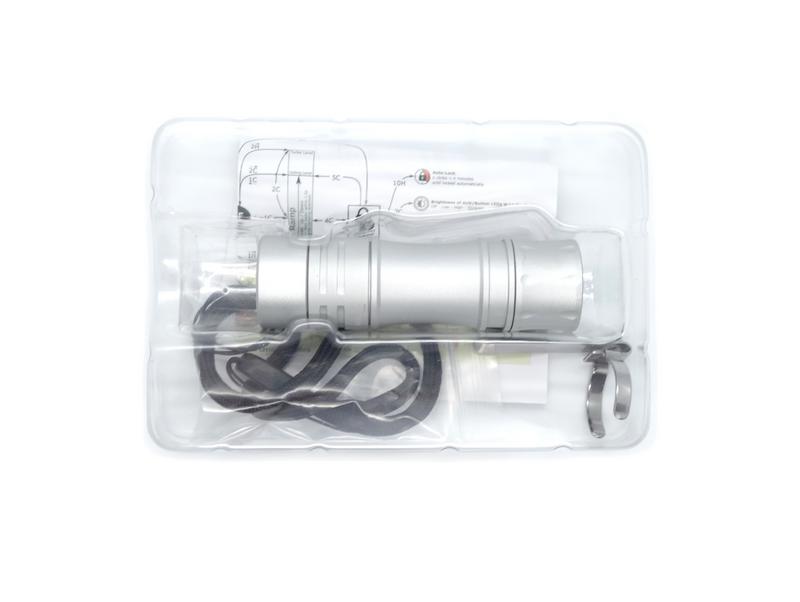 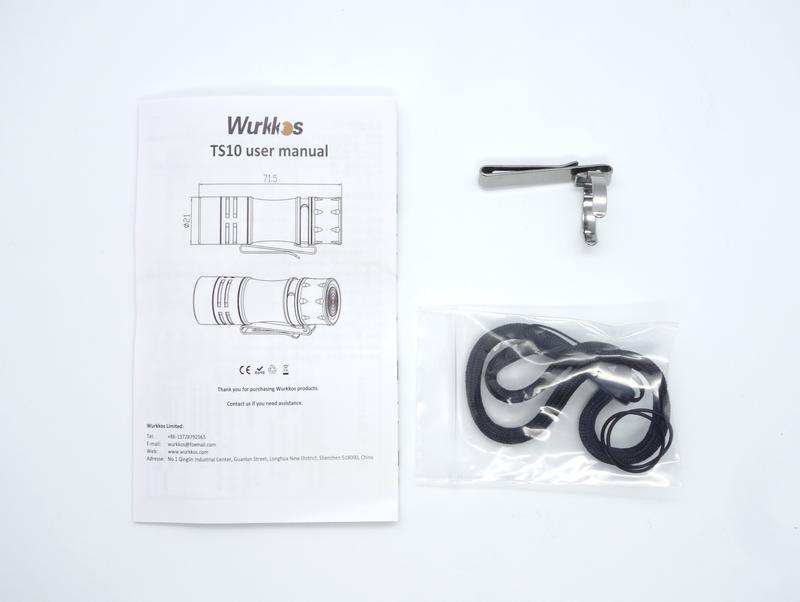 The curved tube design and grippy head make it comfortable to carry the Wurkkos TS10 with a cigar grip or underhand. A matte silver finish gives the torch a bit of extra grip and there are no sharp edges.

The recessed electronic tailswitch gives a satisfying click and it allows the torch to tailstand.

A slight twist of the head can mechanically lock out the torch to avoid parasitic drain. If the button is pressed in this situation, then it will cause the main LEDs to flicker. 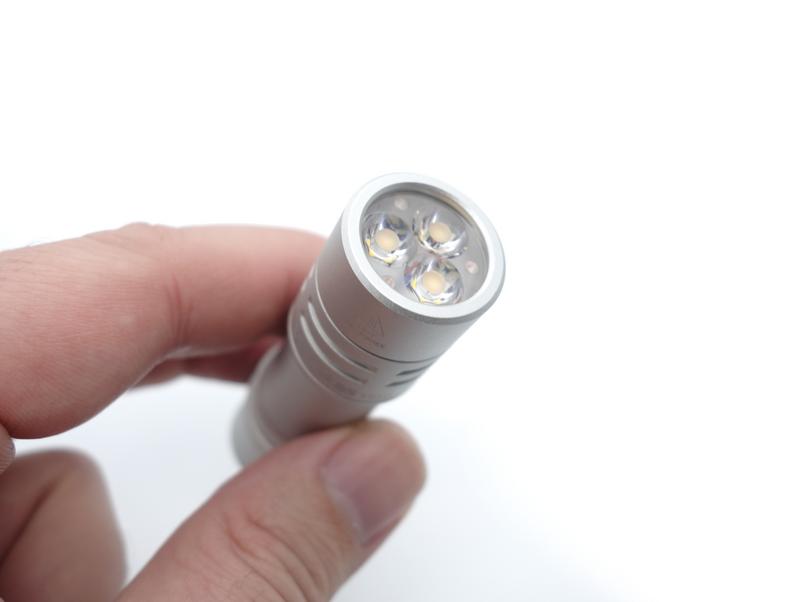 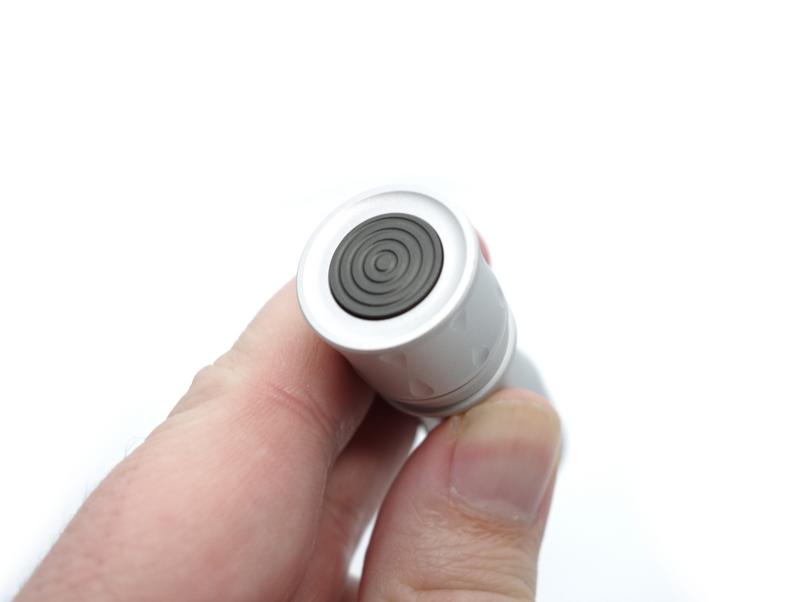 Wurkkos included pads in an easily accessible location, the underside of the driver where the battery connects, so that enthusiasts can update the firmware without having to remove the driver. This is a much appreciated design choice. 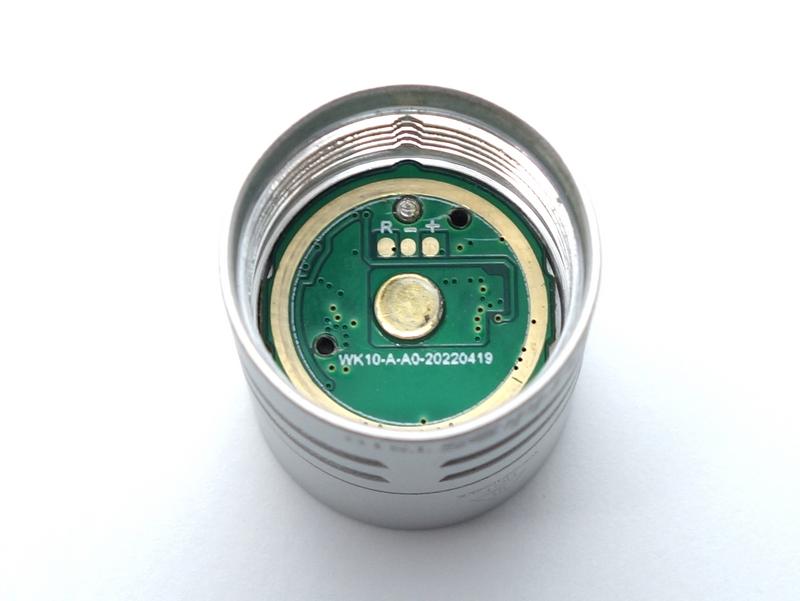 The body of the torch is made of aluminium. 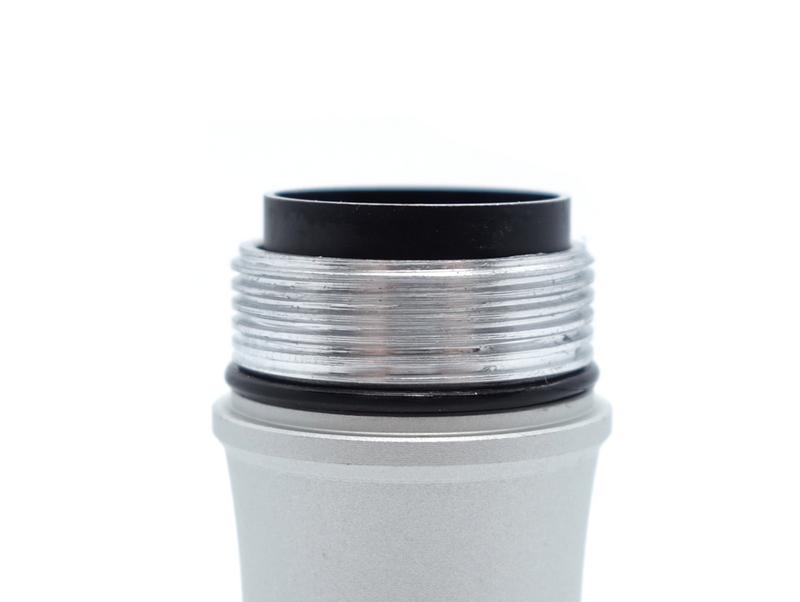 There is an inner tube and an outer tube to allow the signal from the electronic tailswitch to reach the driver in the head of the torch. The tailcap is glued so that the inner tube is less likely to become misaligned.

The aluminium switch cover has a bit of grip due to the circle pattern. After seeing a silver button on a black TS10, I kind of want an all silver TS10! 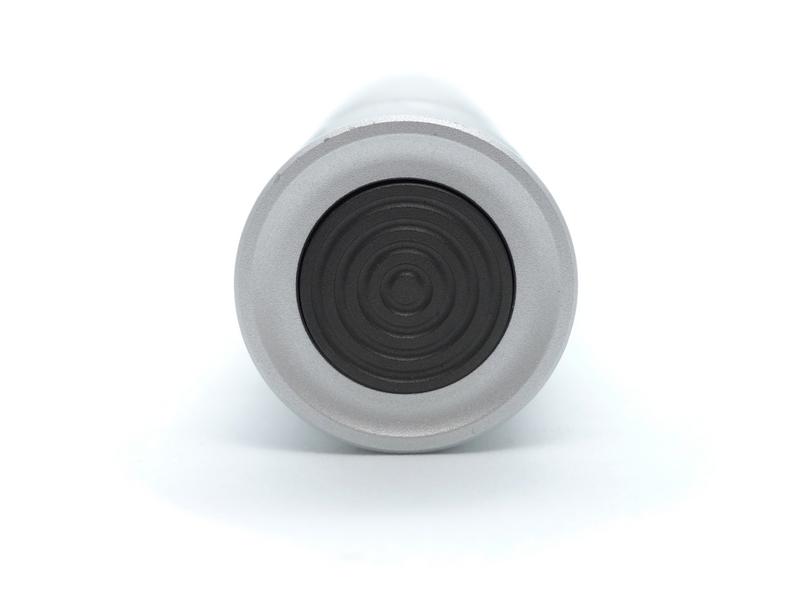 The TS10 4000K has three LatticePower CSP2323 emitters behind a clear TIR optic.

The bezel appears to be glued. It would be nice if Wurkkos did not use glue on the bezel so that it is easier to swap emitters or the optic but I can imagine that the bezel would constantly unscrew while changing the battery. 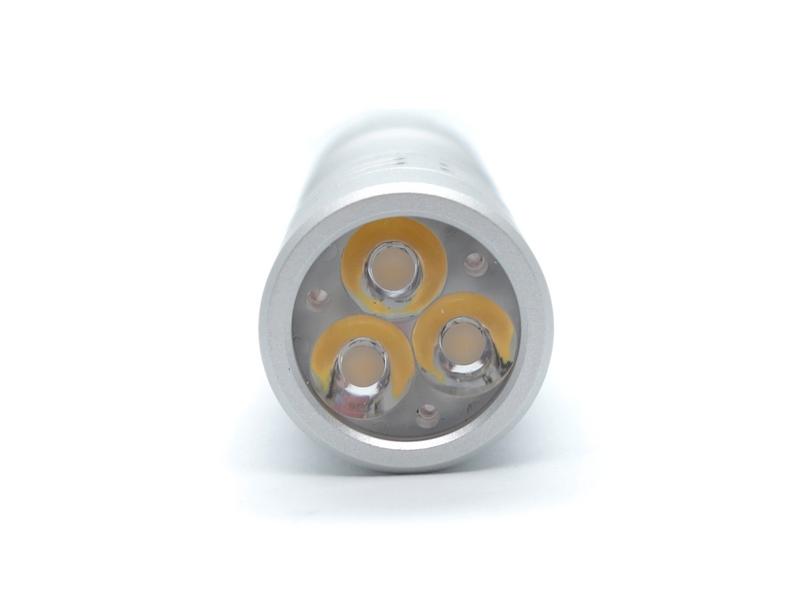 I have taken Correlated Colour Temperature (CCT) and Colour Rendering Index (CRI, RA of R1-R8) measurements with the TS10 positioned half a metre away from an Opple Light Master Pro III (G3).

The Delta u, v is very close to zero (pure white) on most modes and it is little bit negative (rosy) on H7 and Turbo.

Size comparison with its competition⌗

The Wurkkos TS10 is shorter and wider than the Lumintop FWAA. I included a Sofirn SP10 Pro for comparison despite having a single emitter. This is what the TS10 could have become if Wurkkos increased the length! 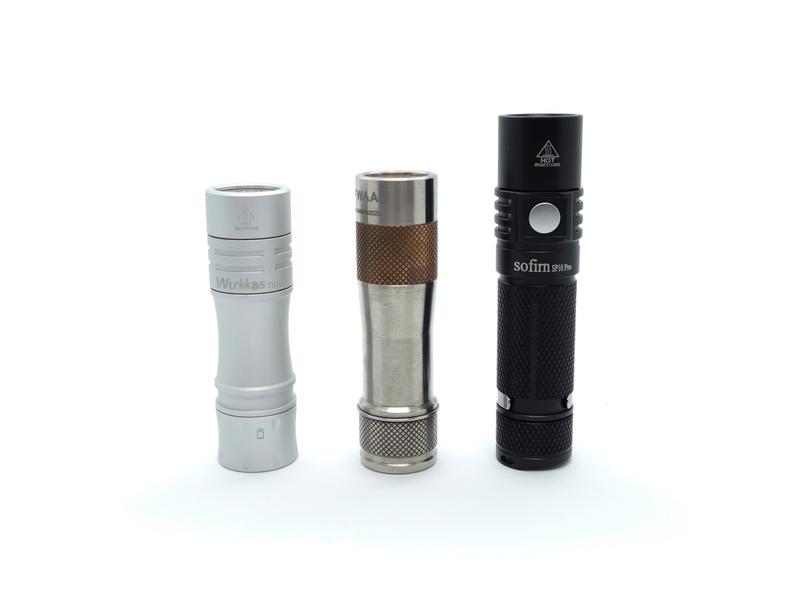 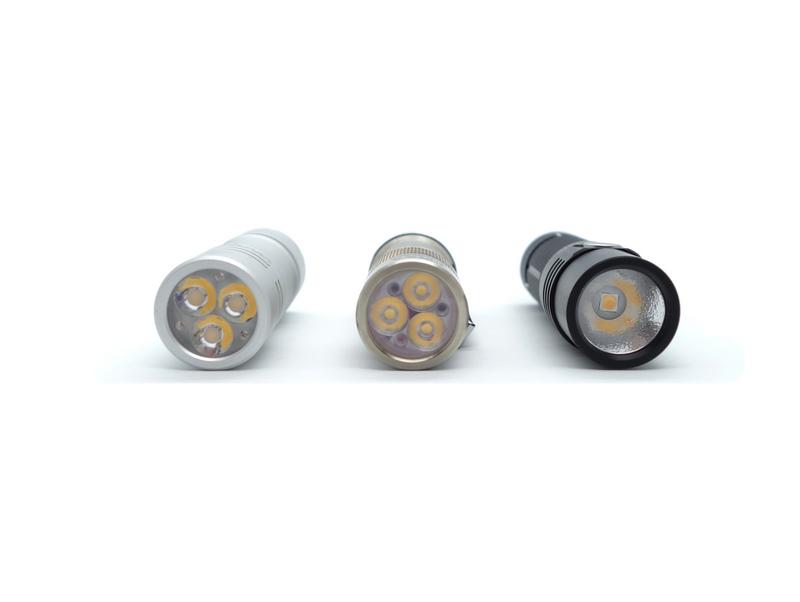 The Wurkkos TS10 uses an ATtiny1616 with Anduril 2. Anduril 2 is a popular user interface among torch enthusiasts. I won’t go into detail about the user interface because it is complex. There are diagrams to help understand how Anduril 2 works.

Fifteen clicks from off indicates that the torch has been shipped with version 202202080614.

There is a known issue with the first few batches of the TS10 where aux LEDs remain on when the main LEDs are on and LVP does not work when the aux LEDs are on. There are pads on the driver that can be used to update the firmware with an adapter. More information about updating the firmware is available here. A workaround to avoid draining your battery below 2.5V in less than four days is to disable the aux LEDs when the TS10 is off.

I did not notice any visible PWM (flickering).

A button top Wurkkos 14500 900mAh cell was included inside the TS10. The cell arrived with a voltage of 3.90V, and it was isolated with a piece of plastic to avoid parasitic drain. 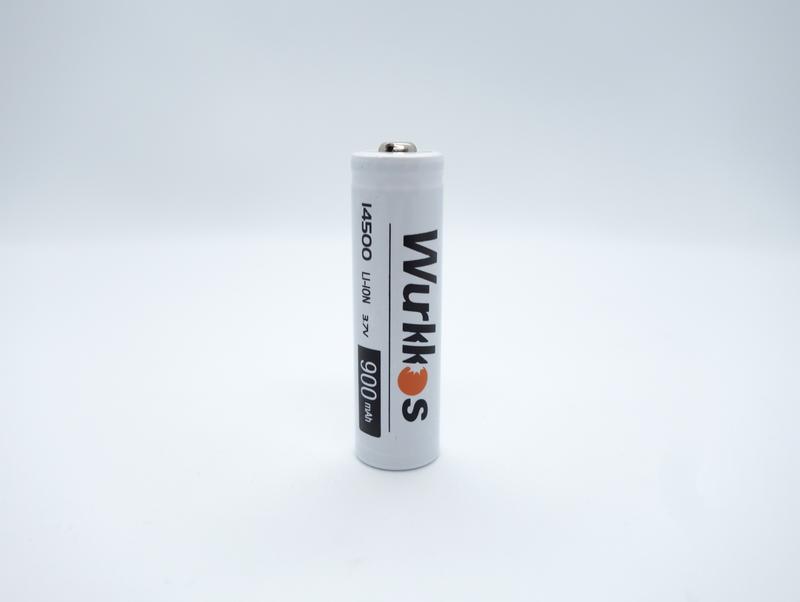 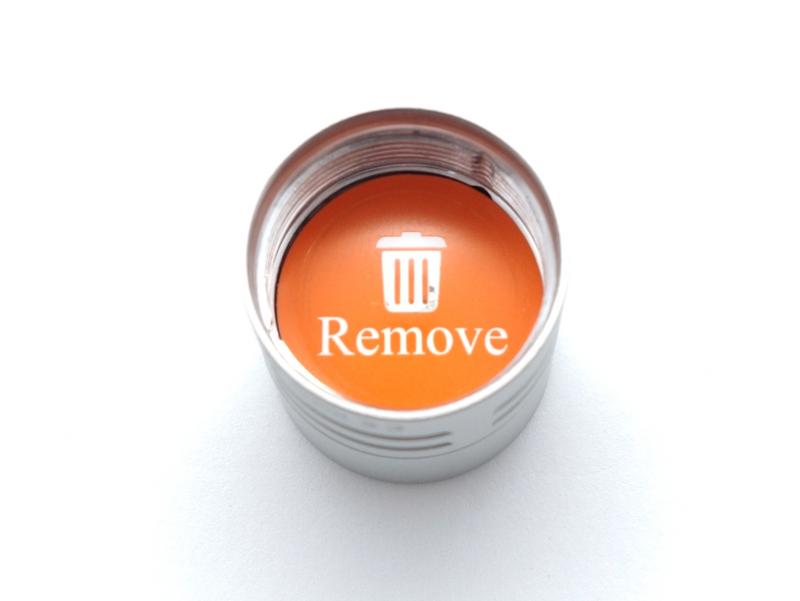 Specifications from the manual:

H8 is known as Turbo in this review.

I used a UNI-T UT210E clamp meter to measure the current at turn on for modes H1 to H4 while the head of the TS10 was connected a Korad KA3005D bench power supply.

Turbo performed better than expected. All other modes were roughly as expected.

I did not take current measurements for H5 to Turbo because my bench power supply is limited to 5A and it is a bit tricky to measure with a battery due to the dual tubes and electronic tail switch.

Note: Lumen measurements may be off by more than 10% with my DIY lumen tube. Temperature may vary due to the room temperature and it may be lower than expected due to how I attached the sensor.

Measurements were taken in my office where the ambient temperature may fluctuate between 6C and 21C during winter.

I used the Anduril 2 firmware that the Wurkkos TS10 came with and performed a factory reset while the torch was cool. I changed it to advanced mode and I left the thermal limit as the default. 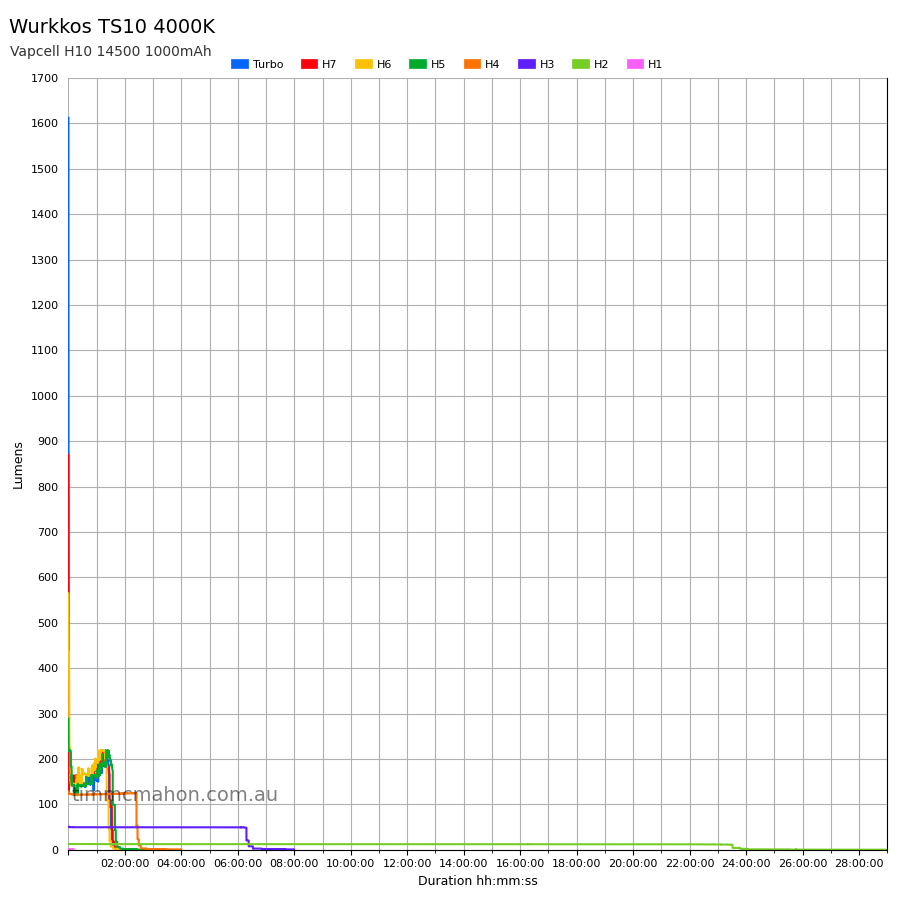 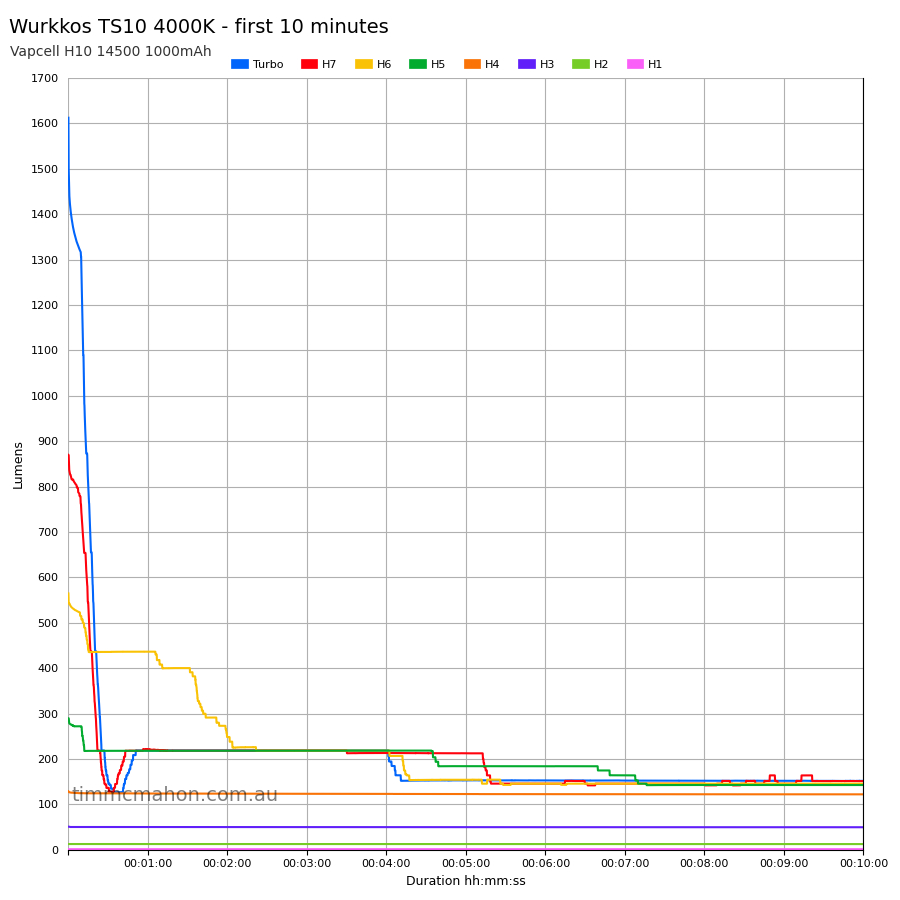 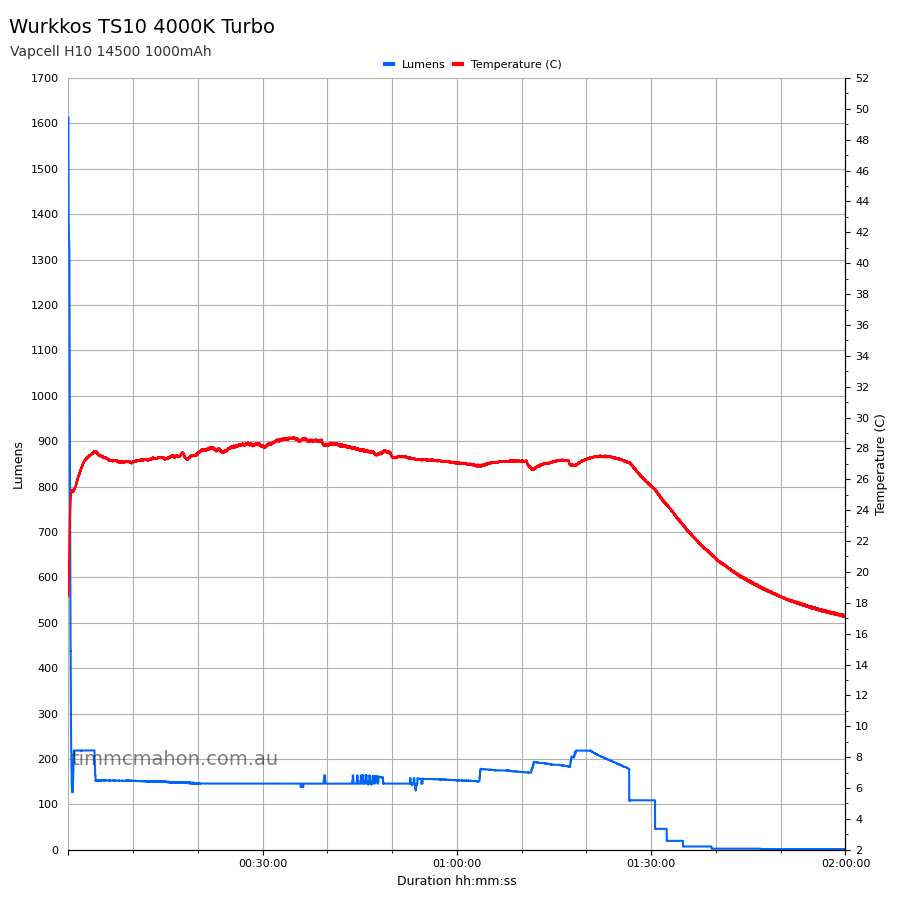 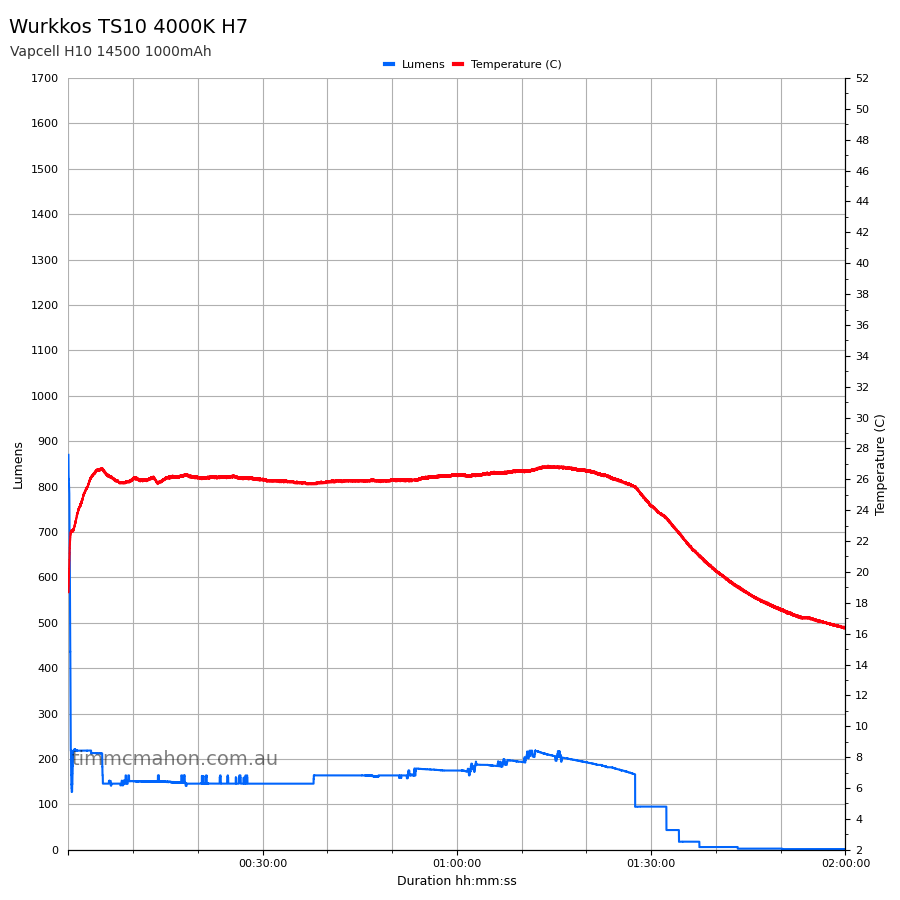 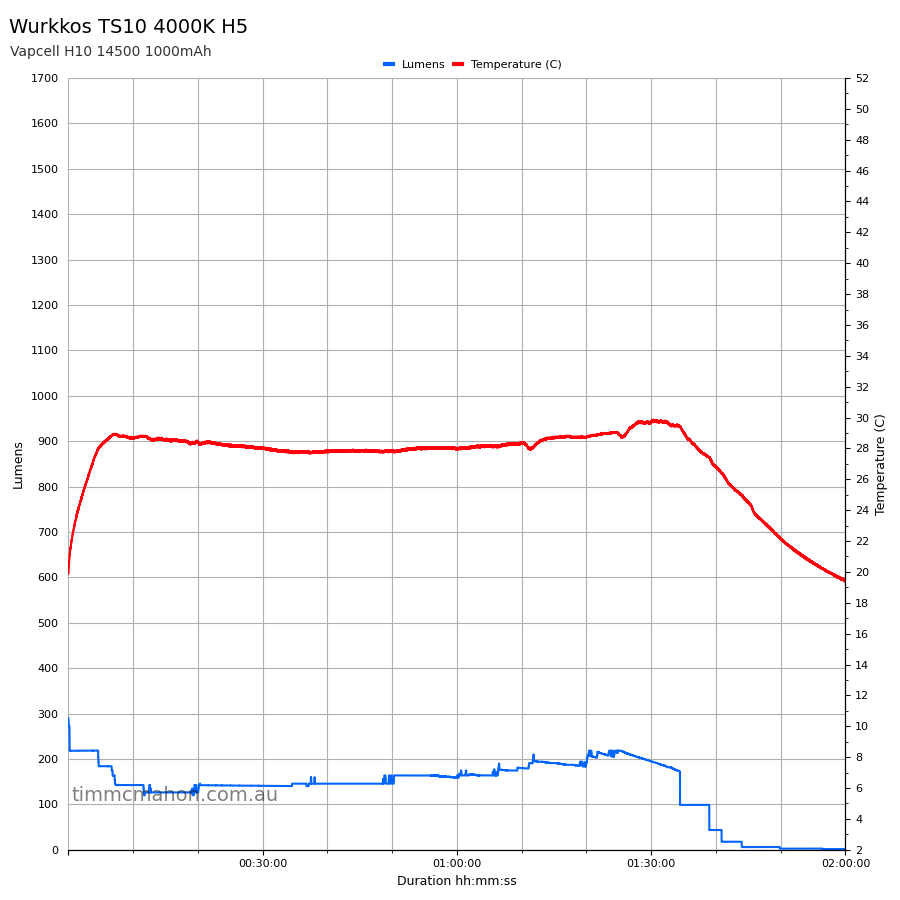 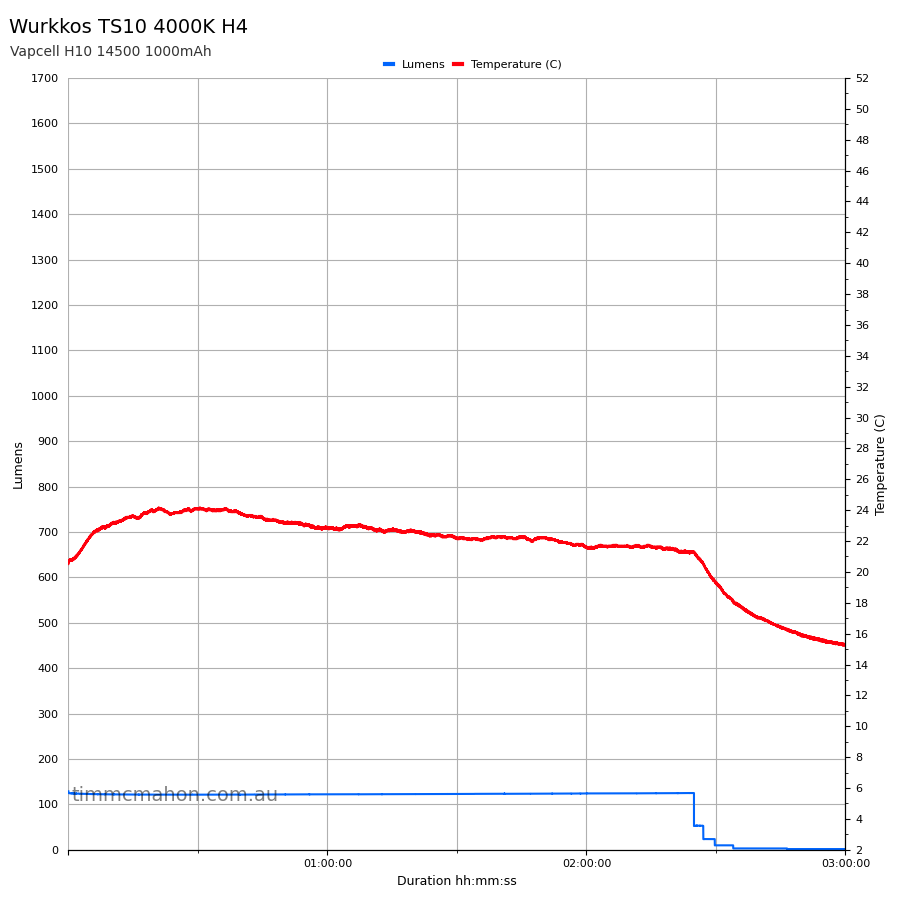 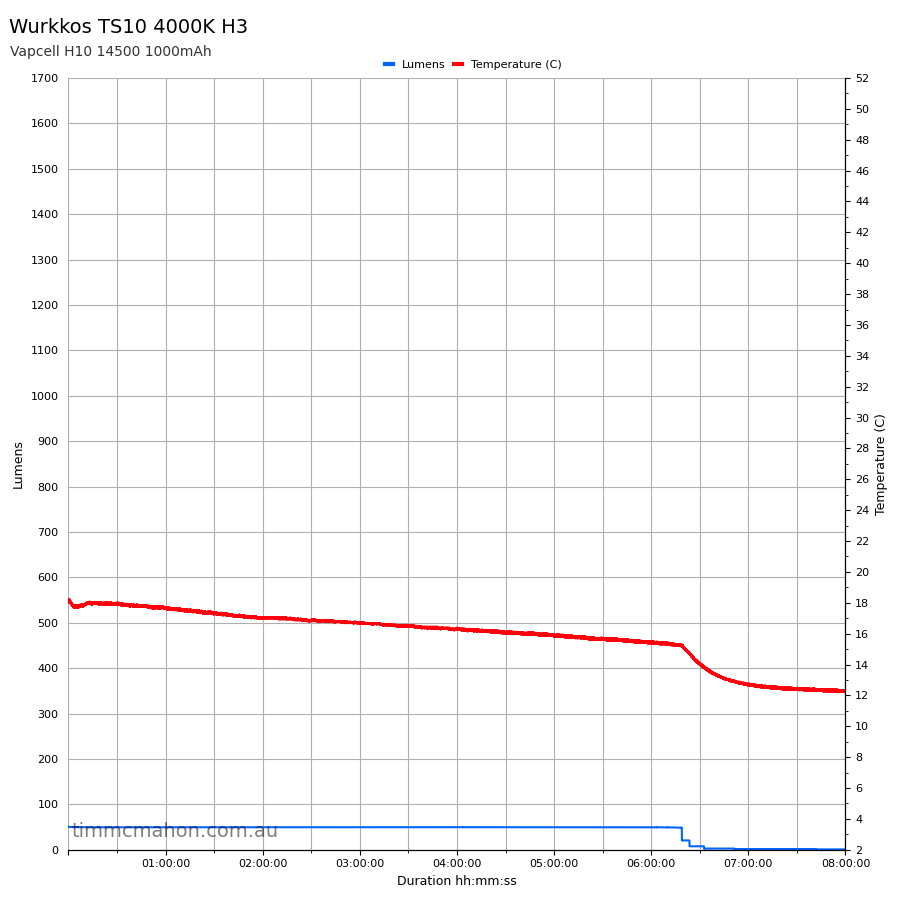 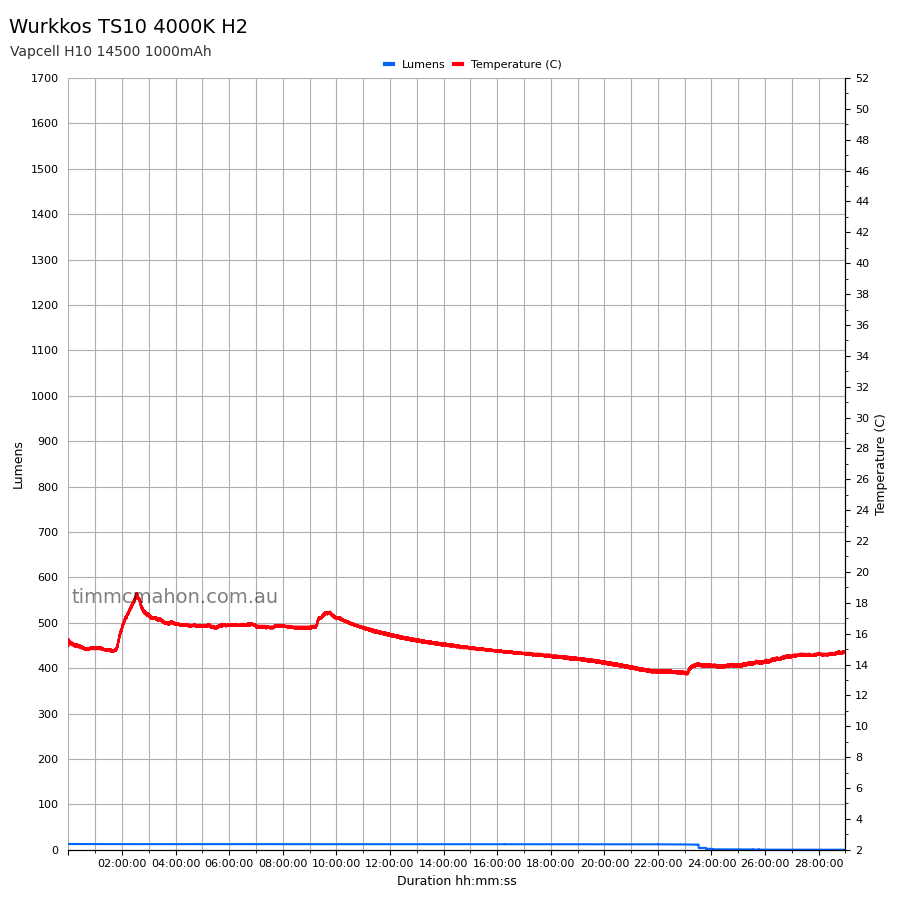 My runtime results were similar to the runtime estimates from the specifications. H2 and H1 runtimes were not specified but I tested H2 anyway to see how long it would last.

I only tested H1 for 10 minutes to get lumen measurements because the runtime may last more than a week. 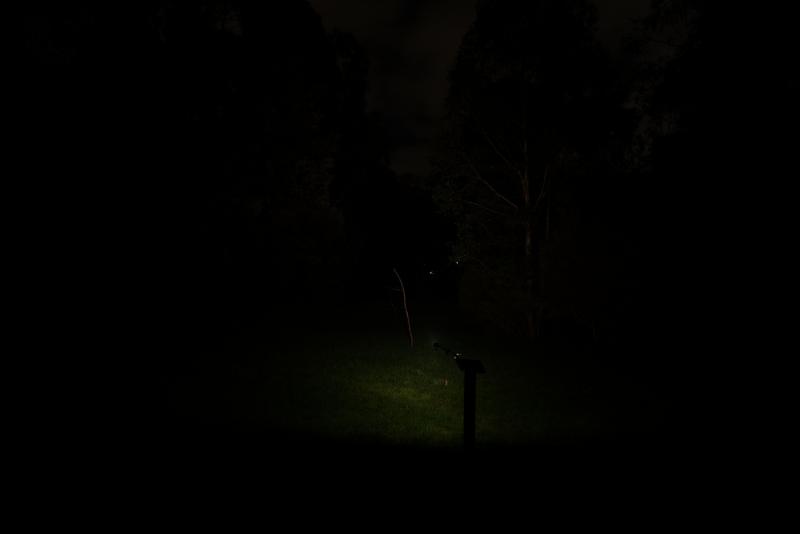 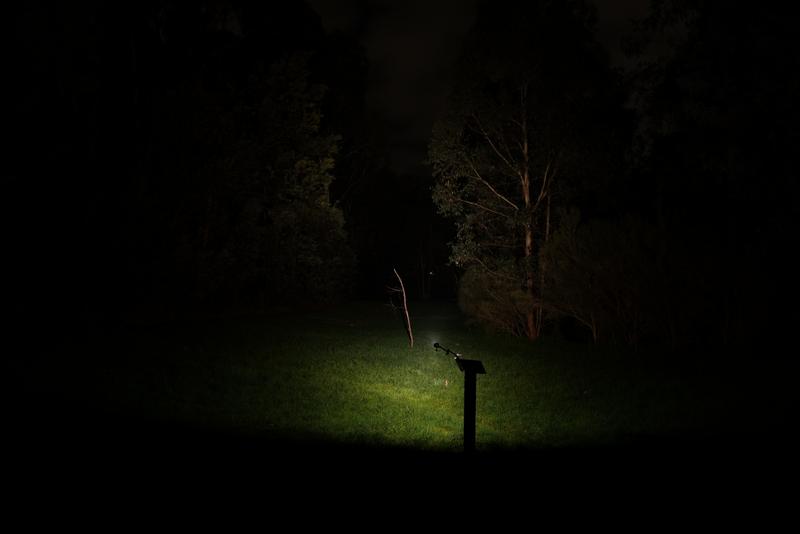 The Wurkkos TS10 is currently my favourite bedside torch. The aux LEDs make it easy to find at night when a room is pitch black. It has a gorgeous beam for indoor use. And it packs a punch on Turbo when needed outside!

Firmware bugs could have been avoided with some earlier community involvement.