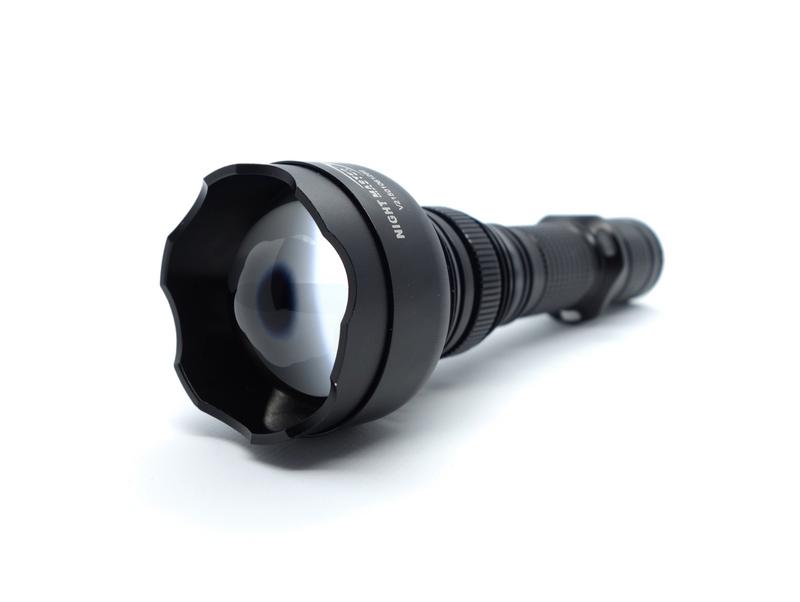 My brother asked if I could review his decade old Dereelight Night Master V2 hunting torch to see how it performs. I think he bought the torch from someone on a forum where they may have dedomed the LED to improve the beam distance or they swapped the pill for one with an LED that has a better throw.

Dereelight designed their torches to have a pill that can easily be unscrewed and swapped without needing to use a soldering iron or a hot plate to swap the LED. I like looking at torches from the 2010s. They have some innovative and unique designs.

The Night Master V2 can be mounted on a rifle by using a scope clamp.

A glossy finish makes the torch a little bit slippery but aggressive knurling and a cigar grip keep it secure in hand.

A forward clicky mechanical tailswitch with a glow-in-the-dark boot can be half pressed to momentarily turn the torch on or it can be clicked to turn on and off.

The beam distance and width can be adjusted by unscrewing the lens at the head of the torch slightly. There is a sweet spot where the beam throws a long way but in practice you would want to adjust the beam to match the target distance, e.g. 100 metres, rather than always have it set to hit over 700 metres.

The tailcap has a small lanyard hole.

The button is slightly recessed so that so that the torch can tailstand.

There were probably more accessories that came with the torch originally but I do not have them here for review. 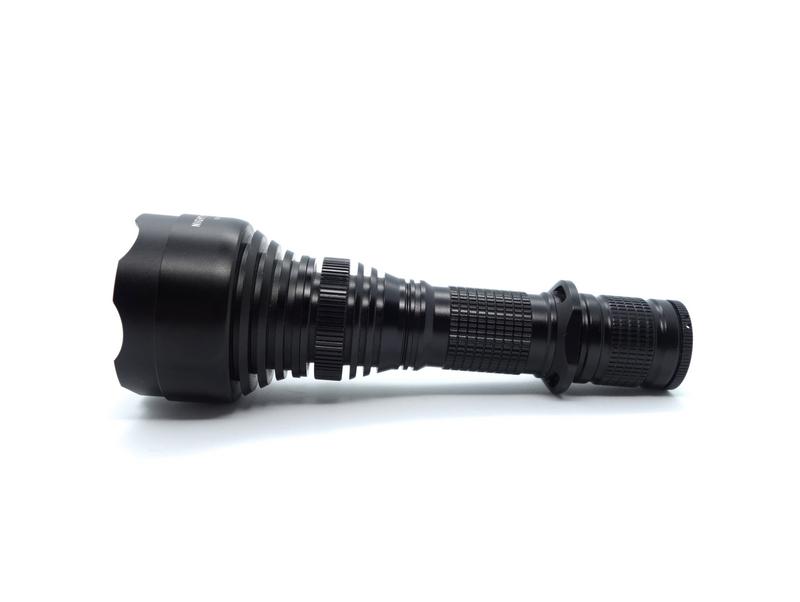 The torch is made of aluminium. Threads are anodised and have two o-rings each.

The glow-in-the-dark switch boot fits well and has a checkered grip pattern.

The whole torch can be disassembled. I have not noticed any glue. There are heaps of o-rings. This may be a modders dream host.

There is a spring and brass ring in the head that connect to the battery tube.

The brass pill can be easily unscrewed with tweezers. 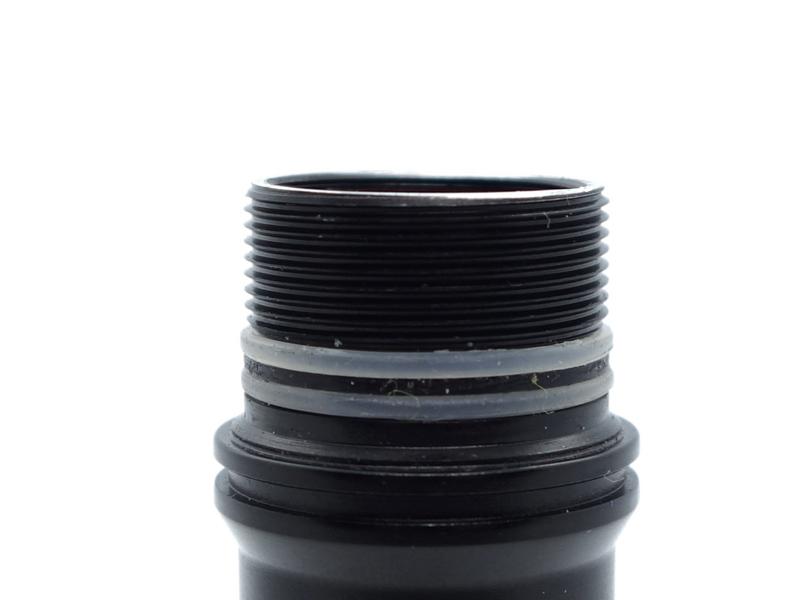 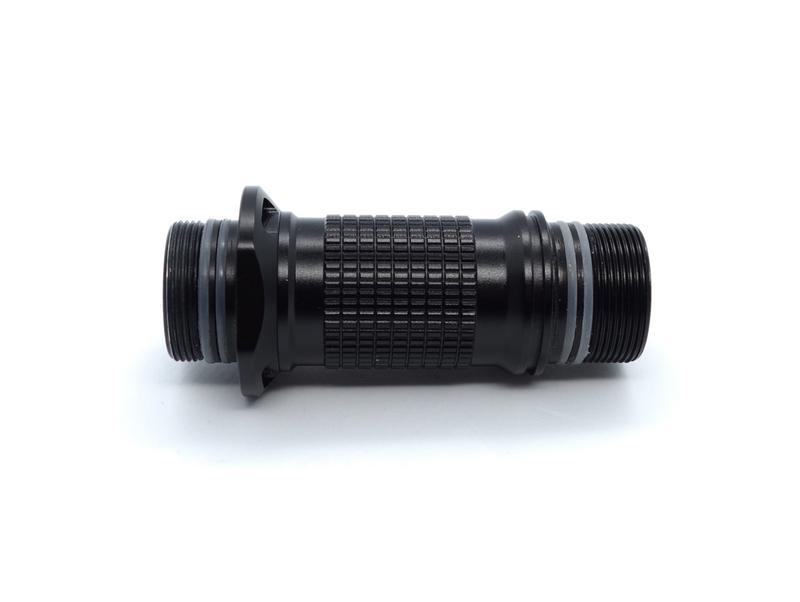 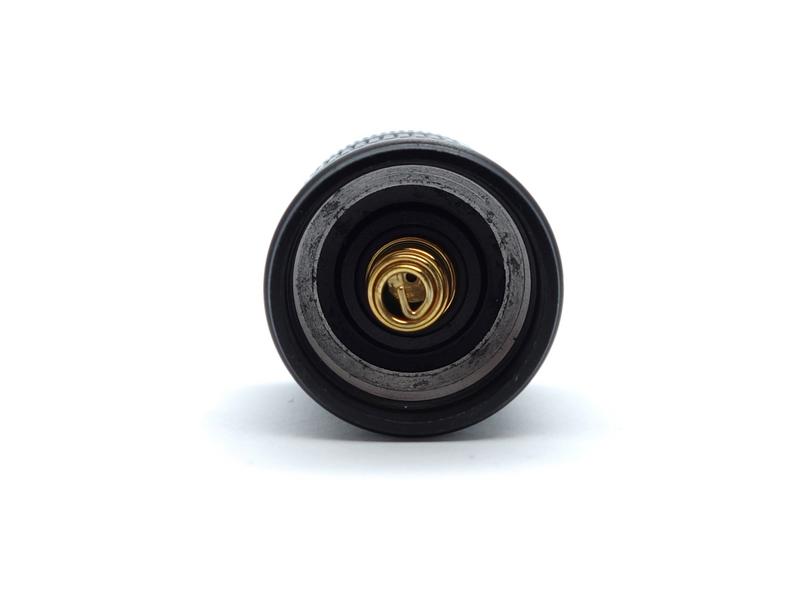 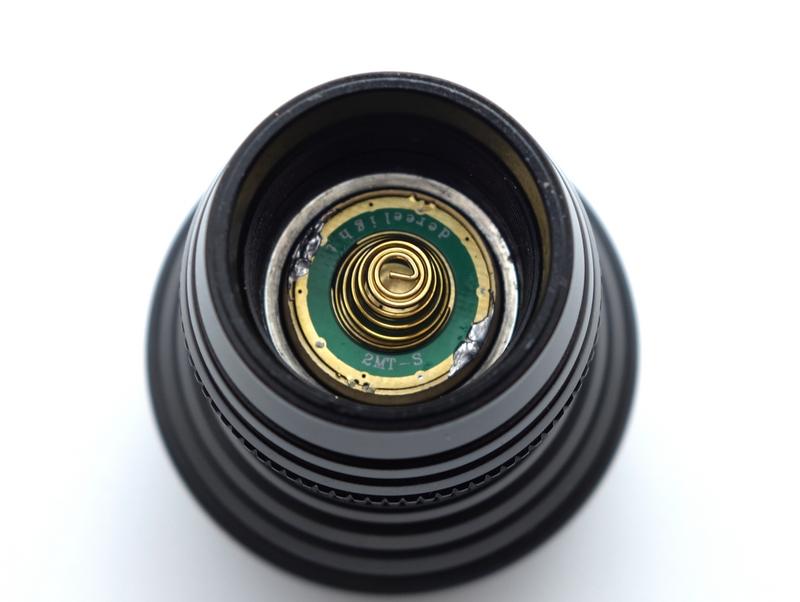 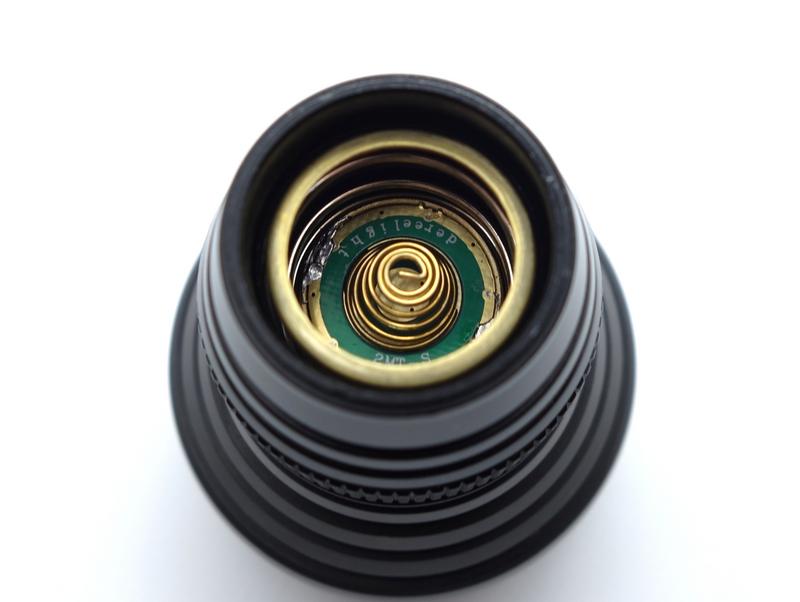 The Night Master V2 appears to have a dedomed Cree XP-G2 on a 2MT-S pill behind an aspheric zoom lens.

The massive bezel unscrews to allow the aspheric lens to be removed.

Dereelight sell various pills with different emitters to allow people to more easily swap the emitter without needing to use a soldering iron or hot plate. They recommend using tweezers to unscrew the pill. 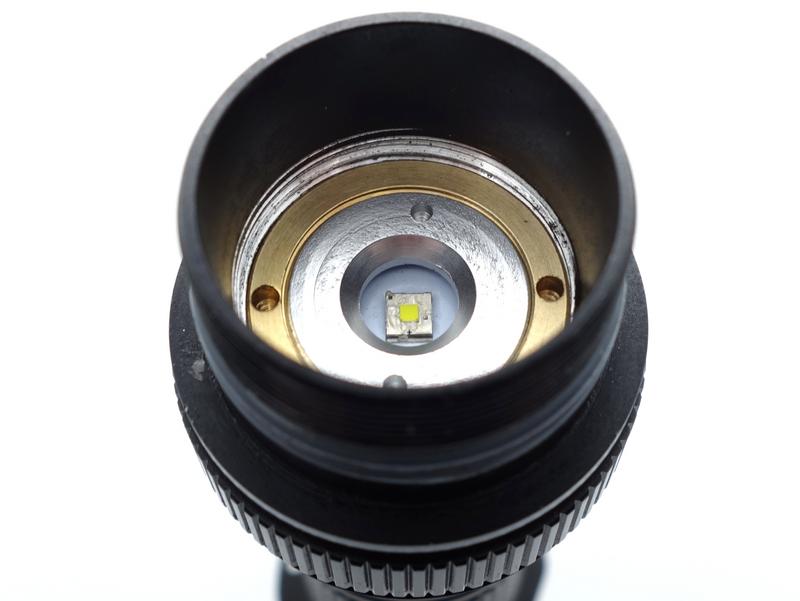 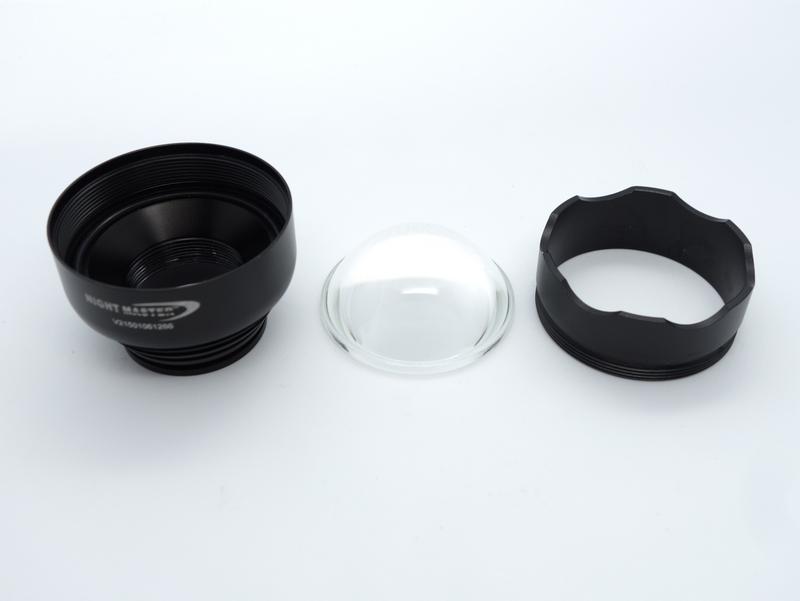 The Delta u, v is positive (slightly green tint).

The beam is pretty interesting on a white wall. It has a square hot spot and circles around it due to the aspheric lens. 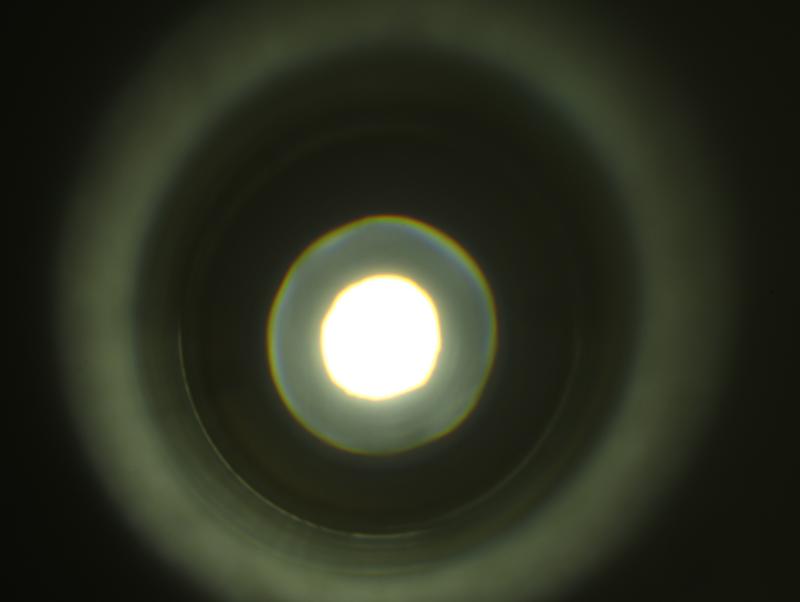 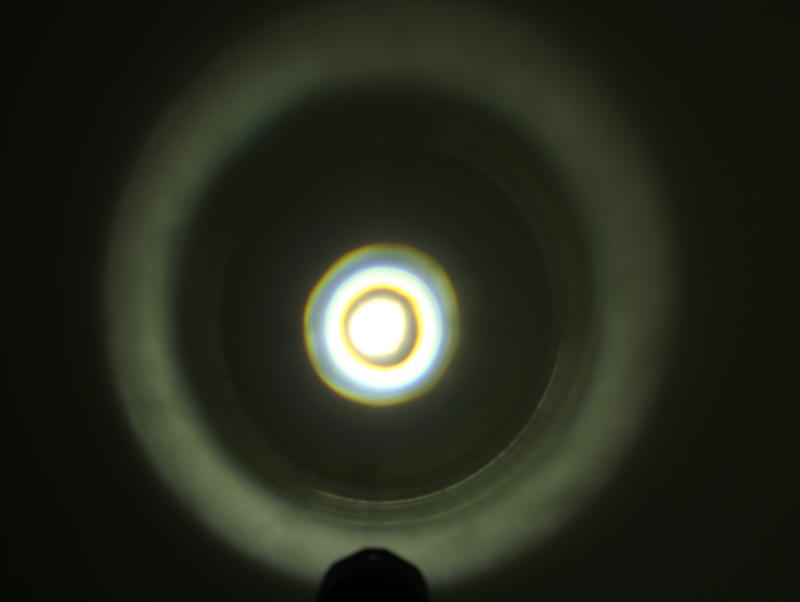 Size comparison with its competition⌗ 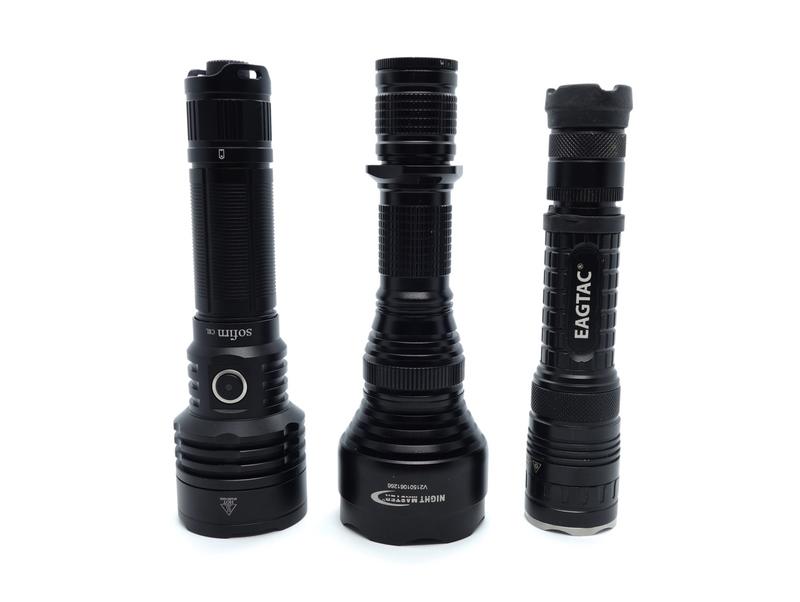 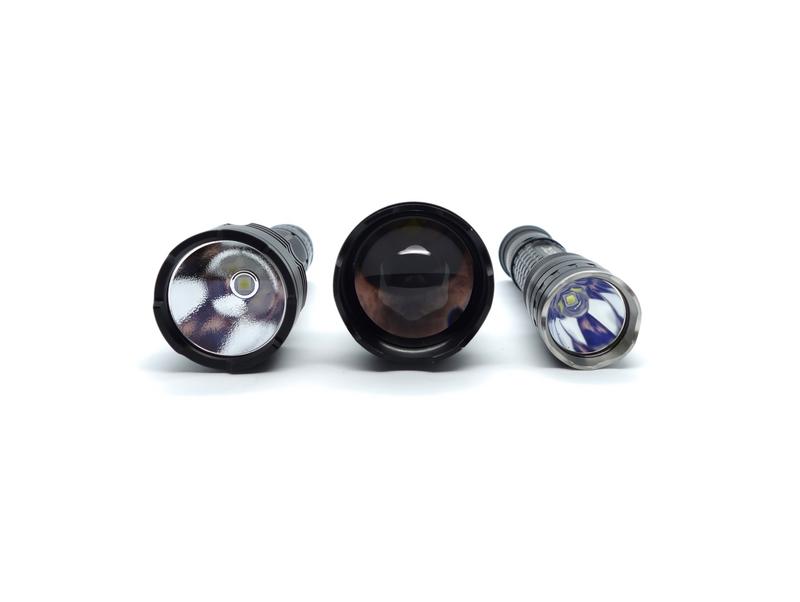 The Night Master V2 has a forward clicky tailswitch to turn the torch on and off. That’s it. It is very simple.

This is a zoomie torch where the head can be unscrewed to adjust the focus of the beam.

The light goes extremely dim as the 18650 battery voltage goes down to 2.53V after 13 hours. The battery may become damaged if the voltage goes below 2.50V and it could become a fire hazard when you charge it. When the light goes dim, it is a good indication that the battery needs to be charged.

The torch turned off at around 2.40V when I connected the torch to a bench power supply and reduced the voltage from 4.20V to 2.0V. However, a current of 80 µA continued to be drawn. You could kill an 18650 battery if you accidentally left the torch turned on for several weeks.

I did not notice any visible PWM (flickering).

The torch can be mechanically locked out by unscrewing the tailcap slightly.

The Night Master V2 supports various batteries depending on whether you use an extension tube.

An unprotected flat top Samsung 30Q 18650 did not work. This may be due to the short spring at the positive end of the tube. 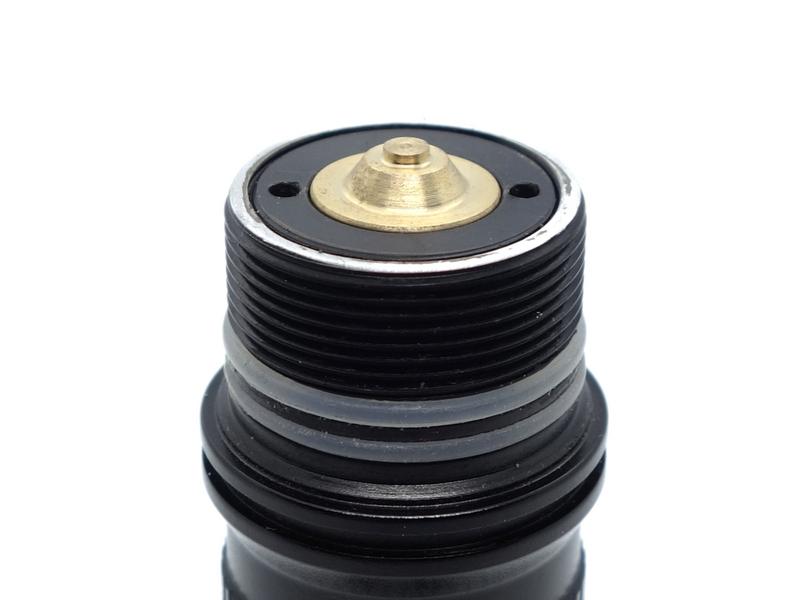 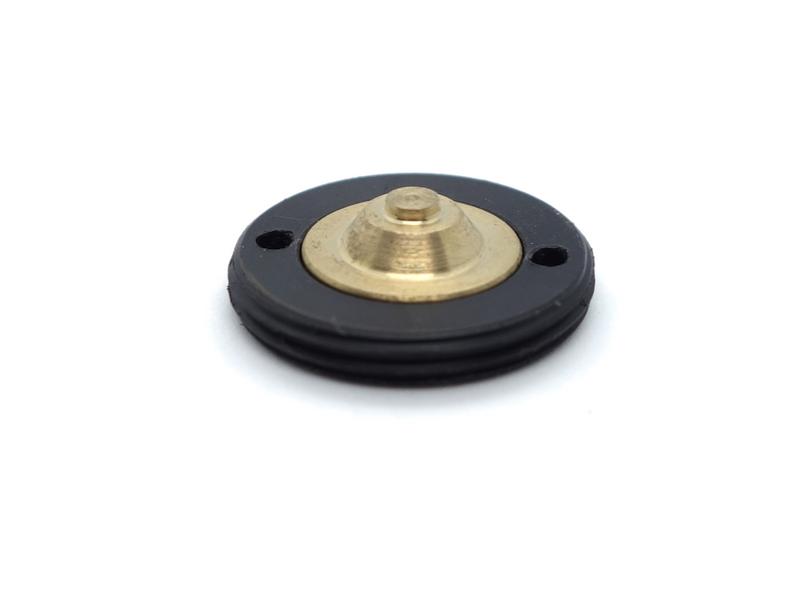 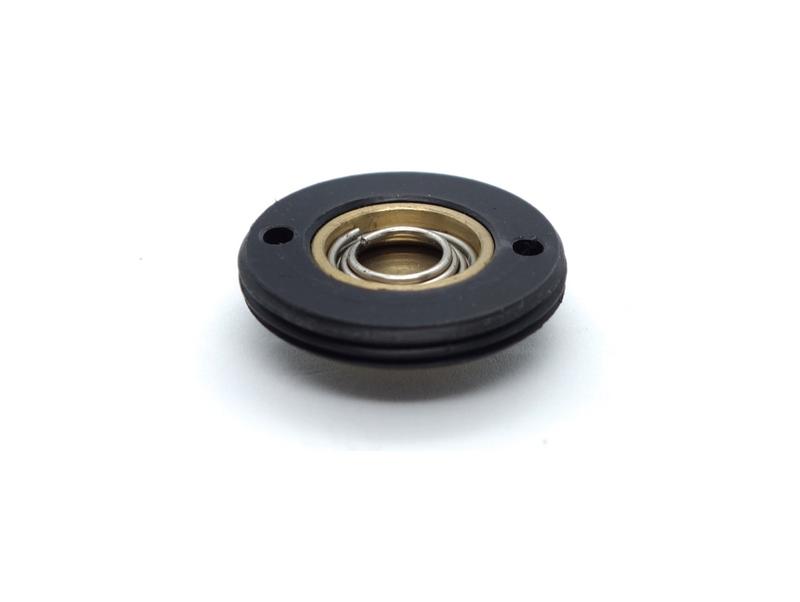 I used a UNI-T UT210E clamp meter to measure the current at turn on.

None. It has a mechanical tailswitch so the battery is completely disconnected.

Note: Lumen measurements may be off by more than 10% with my DIY lumen tube. Temperature may vary due to the room temperature and it may be lower than expected due to how I attached the sensor.

Measurements were taken in my office where the ambient temperature may fluctuate between 6C and 21C during winter. 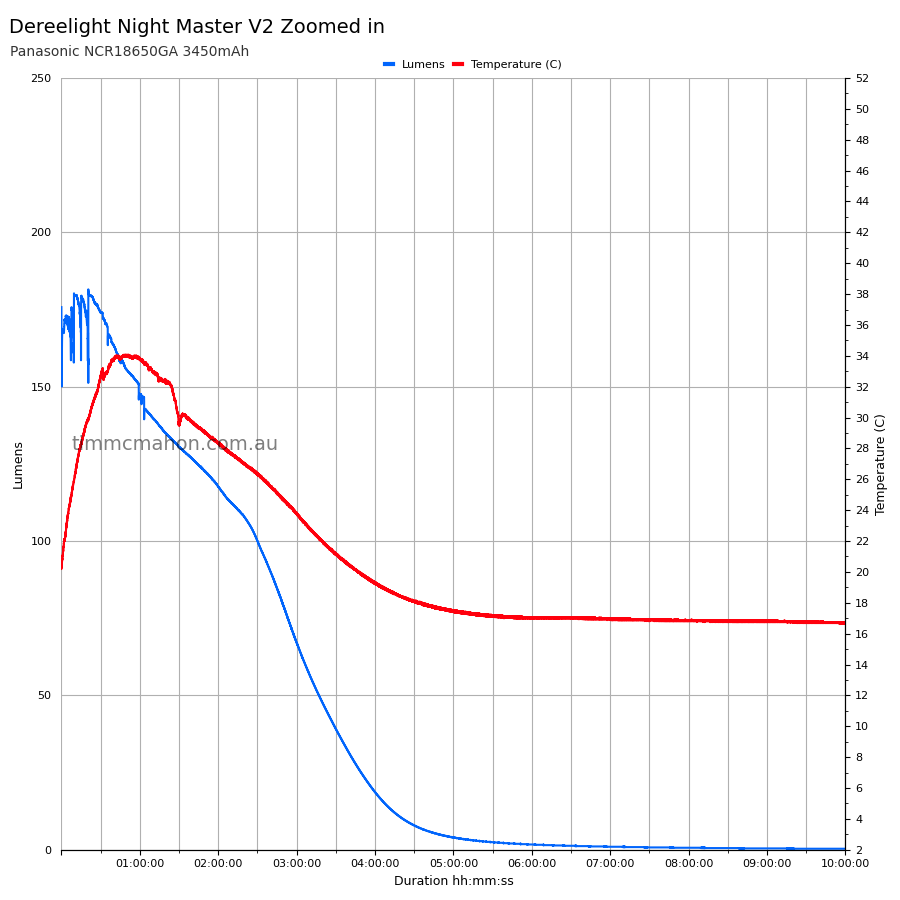 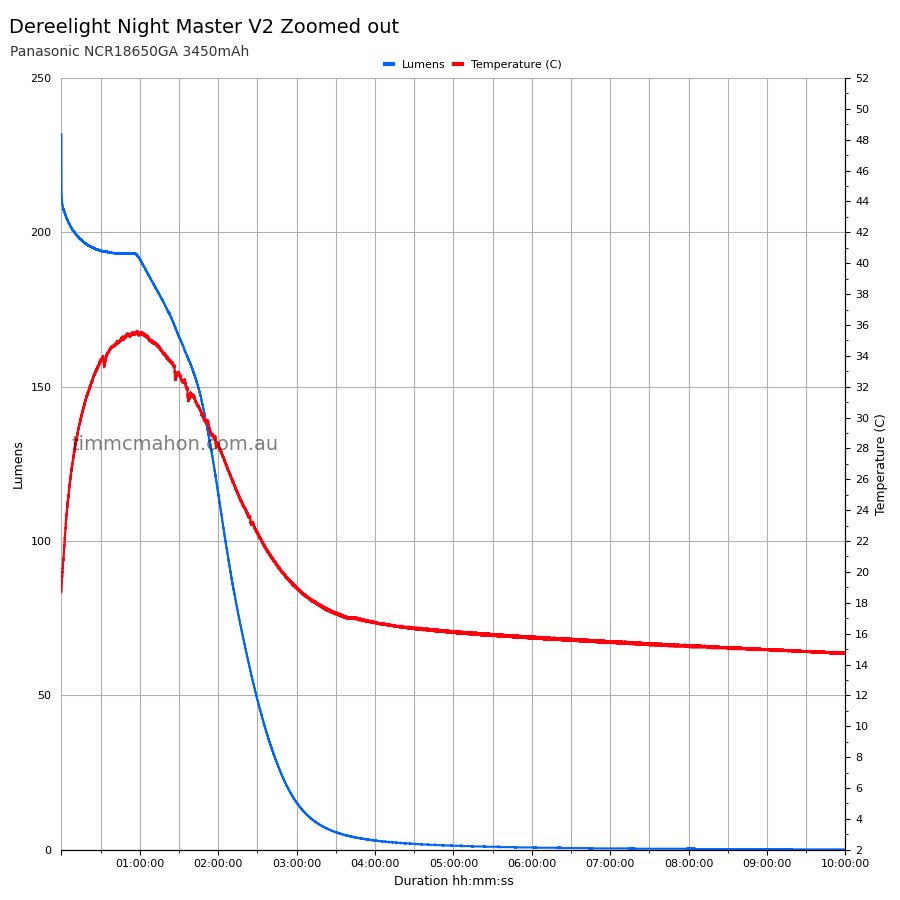 The runtime is decent. After 2 hours the light output drops in half and continues to drop until 4 hours 30 minutes. The torch will run for over 10 hours with a significantly reduced light output, at this point the 18650 battery needs to be charged.

I took lux measurements with a UT383BT after 30 seconds at a distance of five metres with the torch zoomed out and then zoomed in. 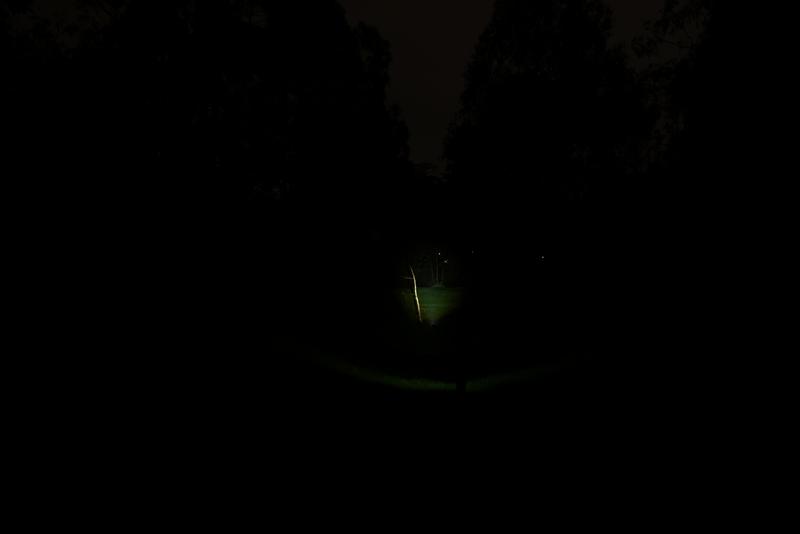 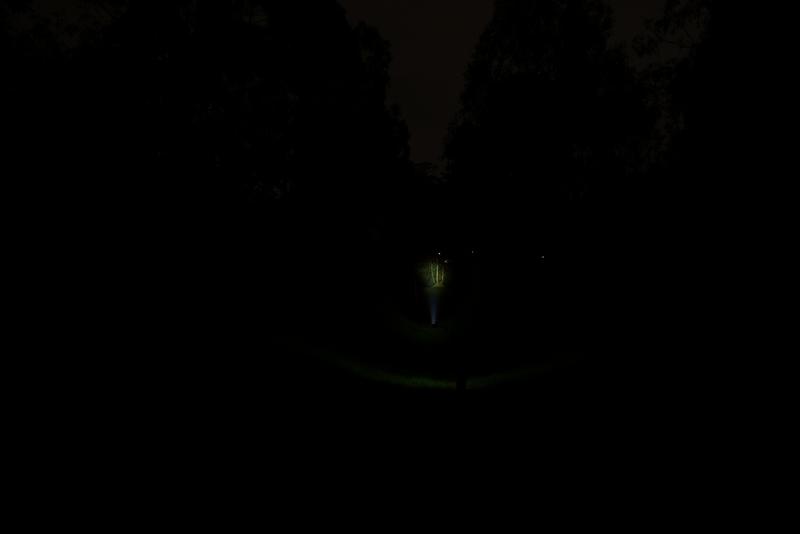 I honestly thought the Night Master V2 would be blown out of the water by more modern throwers but it still holds its own. A 347 to 717 metres throw and 2 hours of runtime before the light output is reduced by half is pretty good.